Presented in part by

The Charleston Gaillard Center is thrilled to present Lowcountry Listens, a free, virtual music series showcasing local artists. Presented in part by PNC Bank, each performance will be recorded on the Gaillard Center stage and will air online for five consecutive weeks. Beginning June 3, 2020, viewers can tune into each performance on Wednesdays at 6pm on gaillardcenter.org, on Facebook Live, and on YouTube Live. Each performance will feature three to four songs and a short interview; the 15-25 minute videos will remain online for viewers to enjoy at their leisure. Richard Todd, Host of “The Morning Buzz” on 105.5 The Bridge, will introduce each performance.

Tune in on gaillardcenter.org, on our Facebook page, or on our YouTube Channel at 6PM on Wednesdays. 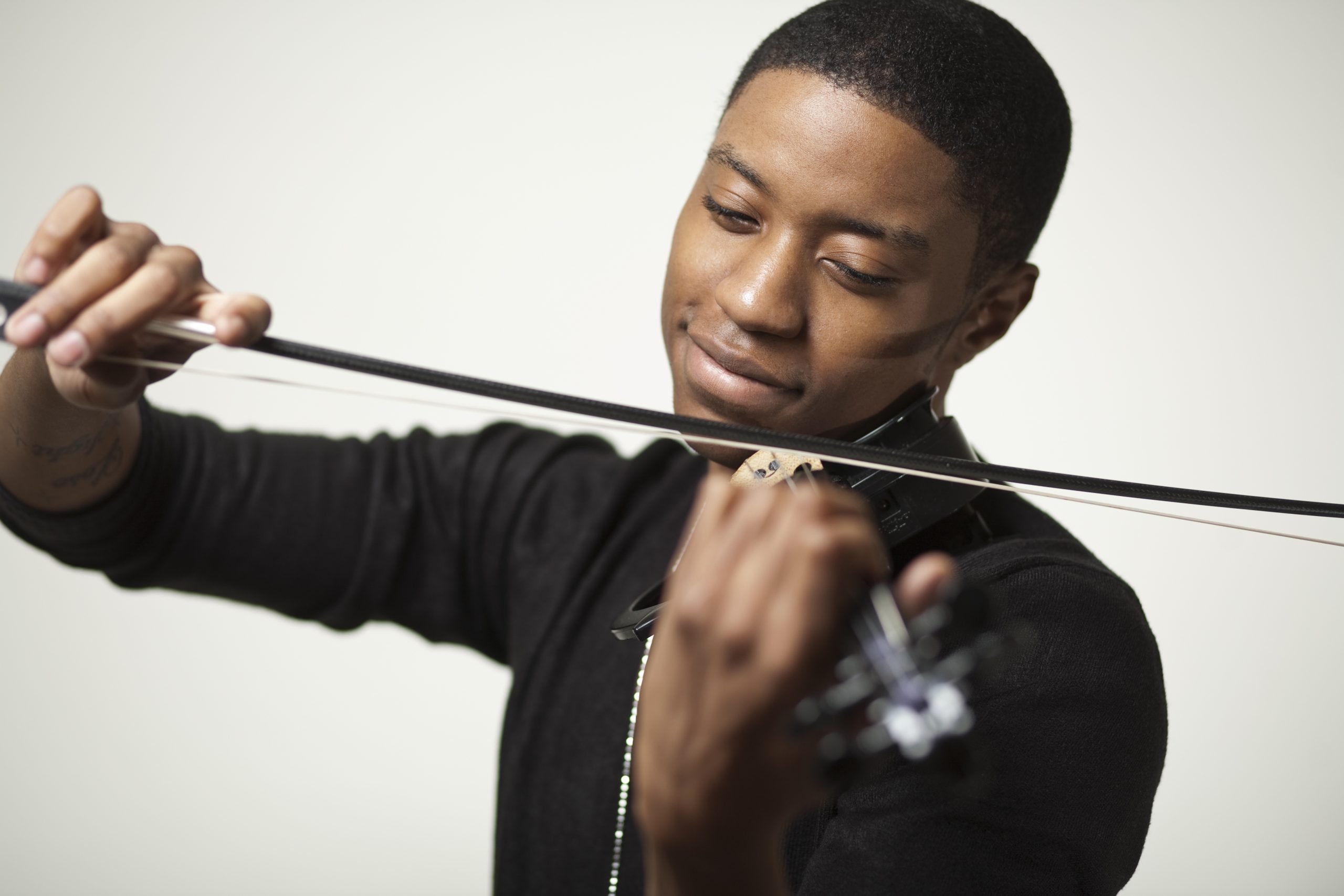 DANIEL D: A three-time 1st Place Apollo Theater Winner, Daniel D. graduated from Charleston County School of the Arts and studied at NYC’s Julliard School of Music. He has become one of the most popular new age social media superstars and influencers with an international fanbase of several million. A seasoned performer at age 31, with nine studio albums to his credit. Daniel D. has opened for Kim Waters, Boney James, Jamye Fox, Kanye West, Najee, K’Jon, Lelah Hathaway, and performed for Oprah Winfrey, the late Michael Jackson as well as President Barack Obama. He has been the lead act for many Jazz festivals and performs all around the country. 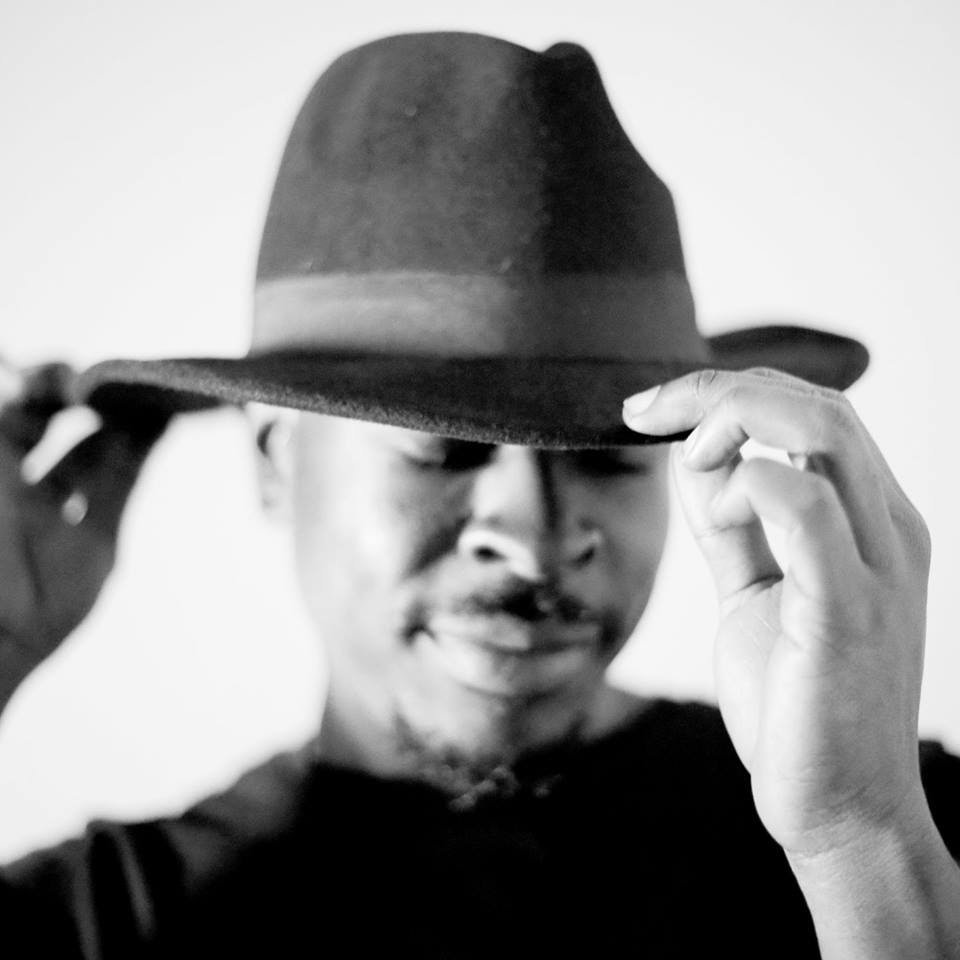 Calculations Of has had music on FM, satellite, and online stations and production/Engineering credits ranging from violinists, singers, and full bands. Calculations Of is based in Charleston, SC and continues to perform nationally. 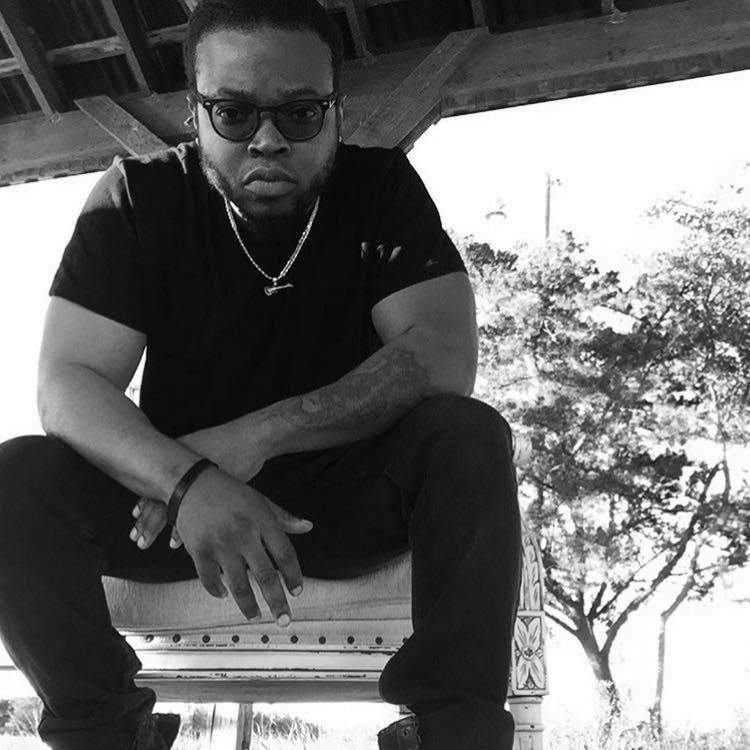 Born and raised in Charleston, South Carolina, Shelton Desaussure finds music to a part of his genetic makeup and sees it as his first love. He is the descendant of musical masterminds: a great-grandfather who played organ, grandfather who played the upright bass; a father who was a recording artist and served as the music director for various churches in the Charleston area; and a mother who sang with gospel’s greats such as John P. Kee, various church choirs and a community choir known as the Christians United For Christ gospel choir.
Over the years, he has followed in his family’s musical footsteps as a self-taught musician. He has 22 years of experience playing the piano, organ, drums, bass guitar, acoustic guitar and keytar. In 2006, he founded 3rdBorn music and entertainment label, which is dedicated to promoting all genres.
He is deeply rooted in the community, serving as the director of music for local churches and production companies. In addition to being a producer and songwriter for local artists, he has also contributed to the sound of national and international artists as well. He stands committed to growing the label, in hopes that it will allow he and future artists to move closer to their purposes.
Facebook: Sdesaussure1 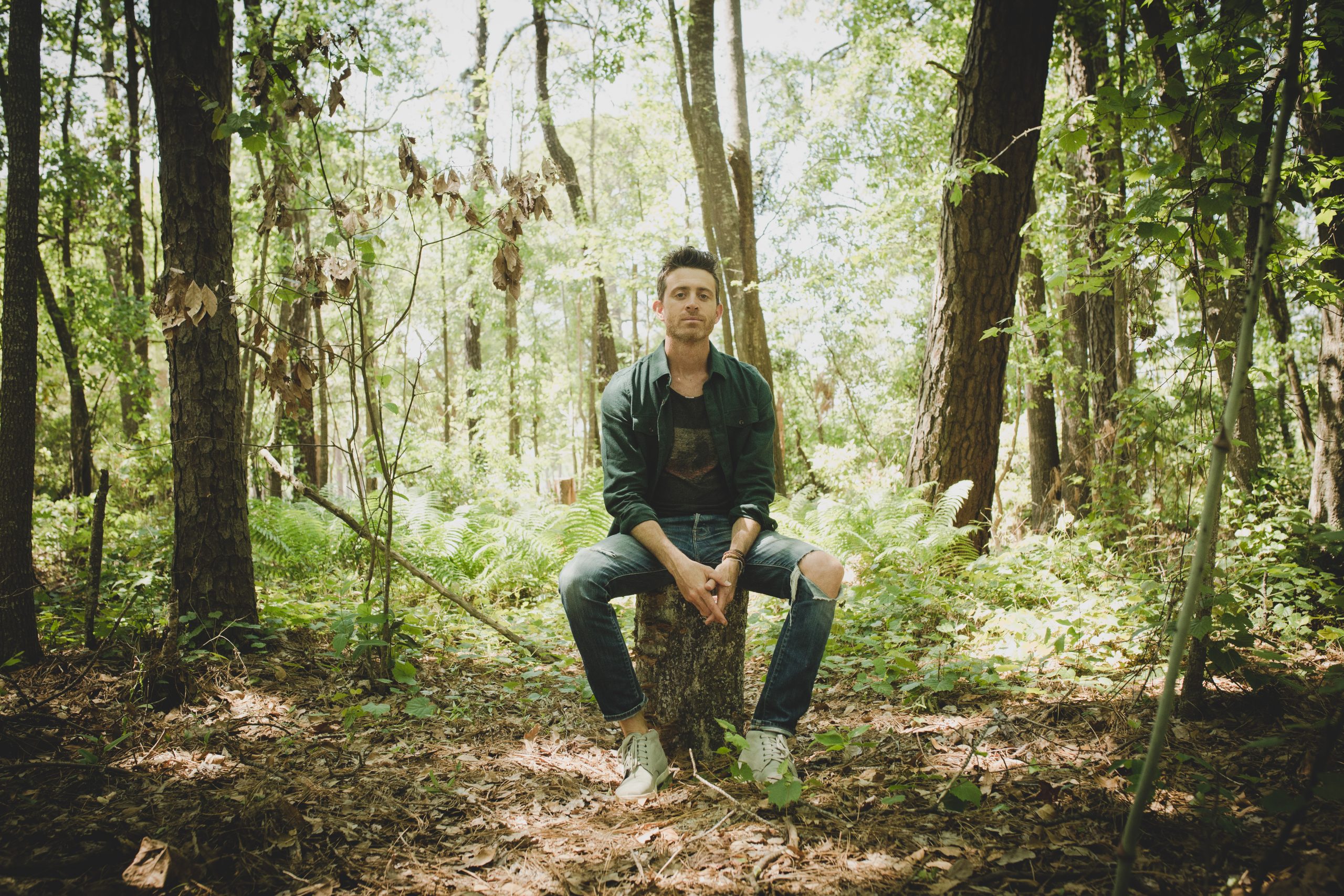 Brendan James is an American singer-songwriter in the pop/folk genre, akin to Jason Mraz, David Gray, and Elton John. Signed to Capitol Records at age 25, Universal Records at 28, James has reached the #1 spot on iTunes multiple times, accrued more than one million fans in 65 countries on Spotify, and has been played on multiple formats of American and European radio. He has collaborated or toured with the likes of John Mayer, John Legend, Cat Stevens, Carly Simon, Keb’ Mo’, and Andy Grammar. And his songs have been placed in over 15 major television shows and films worldwide.

Truly summing Brendan James up is a difficult task though. You’d have to meet him, talk with him, and hear him sing his songs to understand his shocking talent and unique purpose in today’s over saturated music scene. As he puts it: “What I hope to do is calm, strengthen, and transport my listeners to a better self, and in turn maybe I get there too.” And he means it. Penning songs on the topics of love, optimism, political enlightenment, simplifying, self empowerment, marriage equality, wanderlust, raising a family, aging, and adventuring aimlessly through the natural world, James has left no stone unturned in his six studio albums to date; and in his words, “I’ve only just begun.”

Just home from a 6 month journey around the globe with his wife and two toddlers, James has a plethora of new material and is set to release 3 singles this year, with a full-length album in the Spring of 2020. His first single, “Through Our Hands” is an autobiographical telling of his family’s trip to 10 countries, watching his children grow ever too quickly along the way.

Find him on Apple Music, Spotify, Amazon, and wherever else music is streamed or sold. Book him for a private show if you get the chance—a trend in performing that he has helped pioneer, and sees as the future of a better artist-audience connection. Or catch him in one of the many public venues he plays regularly in the US and abroad. Either way, bring a friend and take the ride. It’s the only one like it in today’s music biz. 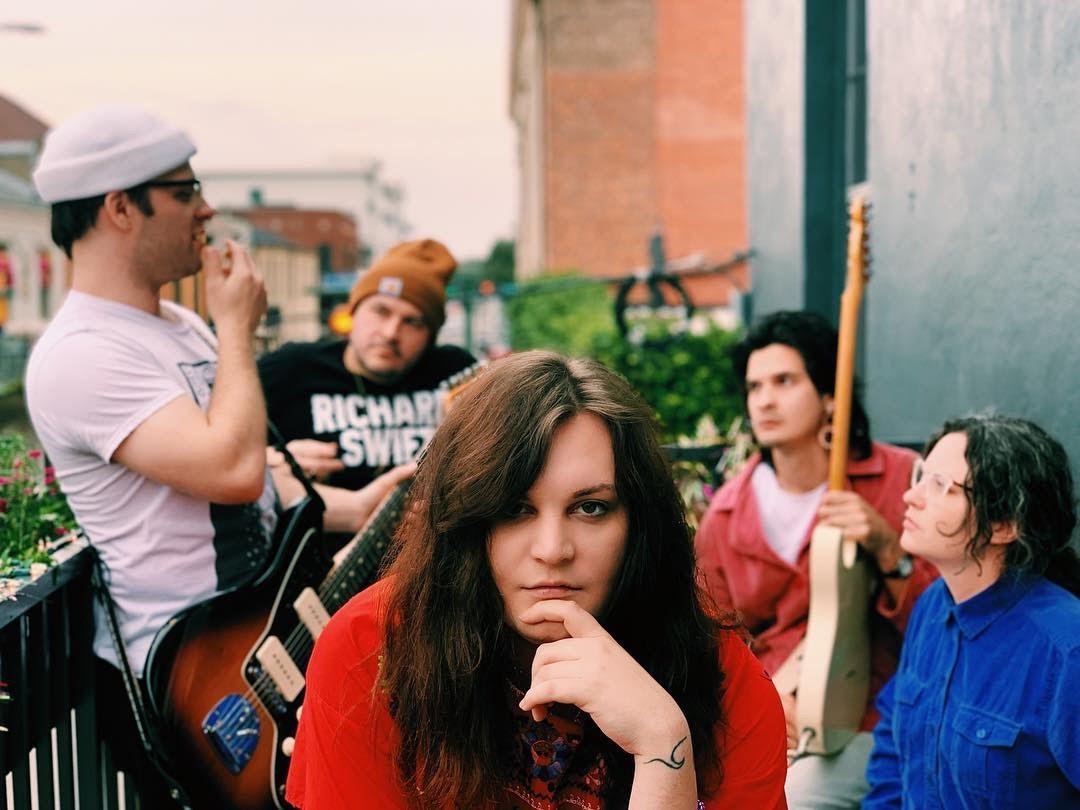 She Returns From War

Charleston’s Hunter Park is She Returns From War. With two full-length albums under her belt and another one coming together in the studio, it’s easy to say she has established herself as one of the strongest songwriters coming out of the modern south.

Dazzling imagery and word play keep her listeners on their toes waiting for what turn her tune will take.

She has shared the stage with bands like St. Paul and the Broken Bones, Shovels and Rope, and recently completed a west coast tour as the opening act for Band of Horses. She was asked to open for presidential candidate Bernie Sanders as a part of his rally in Charleston.

There is no arguing with the fact that Park works hard in this ever changing industry, and with an underlying message of hope, we can see her magic hard at work as well. 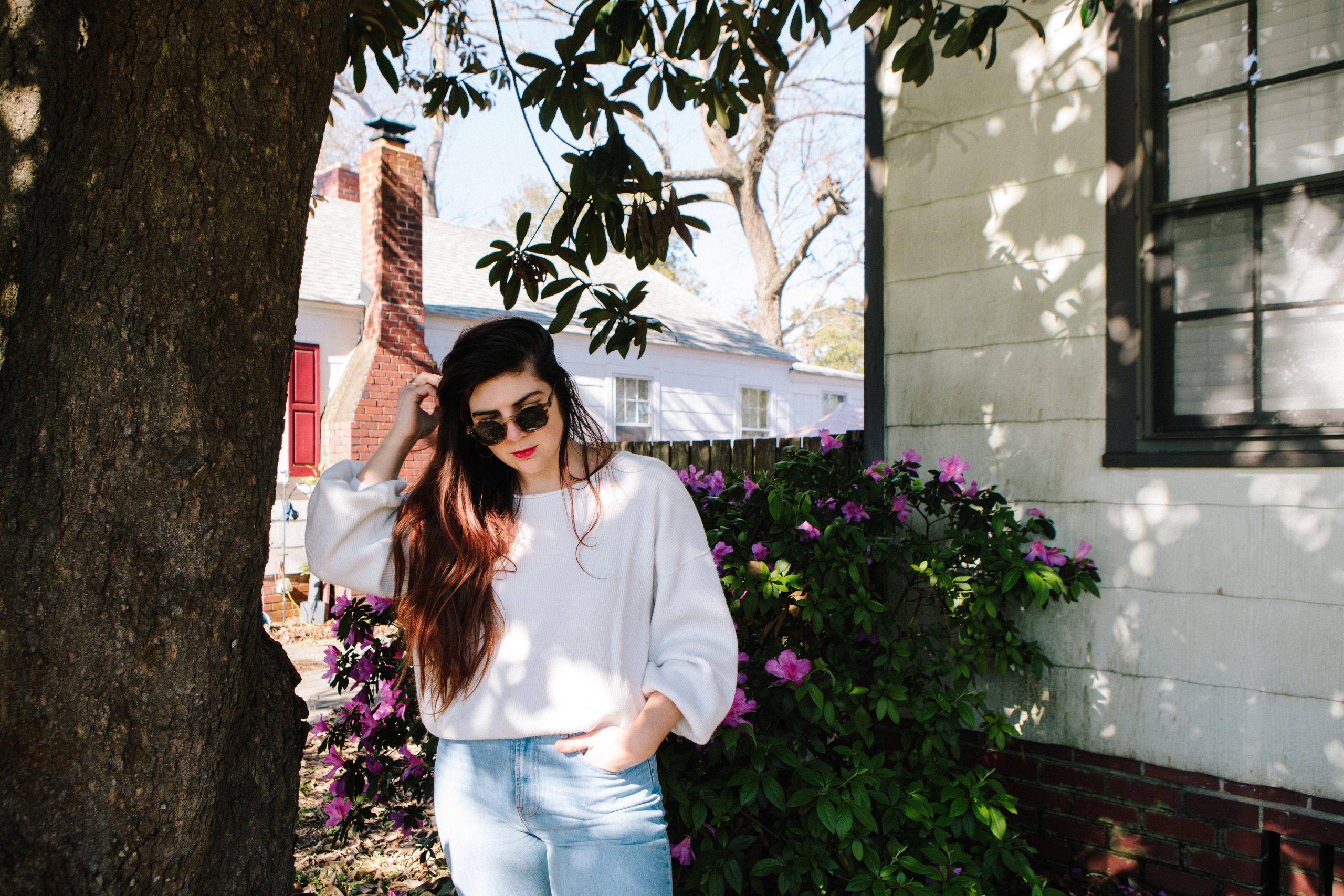 Where Grace Joyner’s EP Young Fools served as an introduction to songwriting and a chance to explore her musical muse while treading her own artistic path, her debut LP, Maybe Sometimes in C, revealed what she has found along the way. Joyner weaves a beautiful and delicate balance between reflecting on the trials of young love and showing a remarkable commitment to self-development.

Teaming up for the third time with producer and engineer Wolfgang Zimmerman (Band of Horses, SUSTO), Grace Joyner looks to further her musical journey with her sophomore album Settle In.

Reflecting on the development of the album, Joyner says: “I took my time with Settle In. This record covers a lot of ground for me. I took bigger risks in my songwriting process and pushed personal boundaries by exploring content around my romantic struggles, my family, and my relationship with the pursuit of music itself. In a lot of ways my love for music feels like a relationship—at times it feels like unrequited love and at times I have found it breaking my heart. But, ultimately, you can’t choose what or who you love, and if you don’t give it a fair shot you might never know what could have been.”

Since the project’s inception, Grace Joyner has toured across the country with appearances at SXSW and Savannah Stopover, sessions at Daytrotter and Breakthru Radio, and the sync of her single Dreams on The CW’s hit show Riverdale. 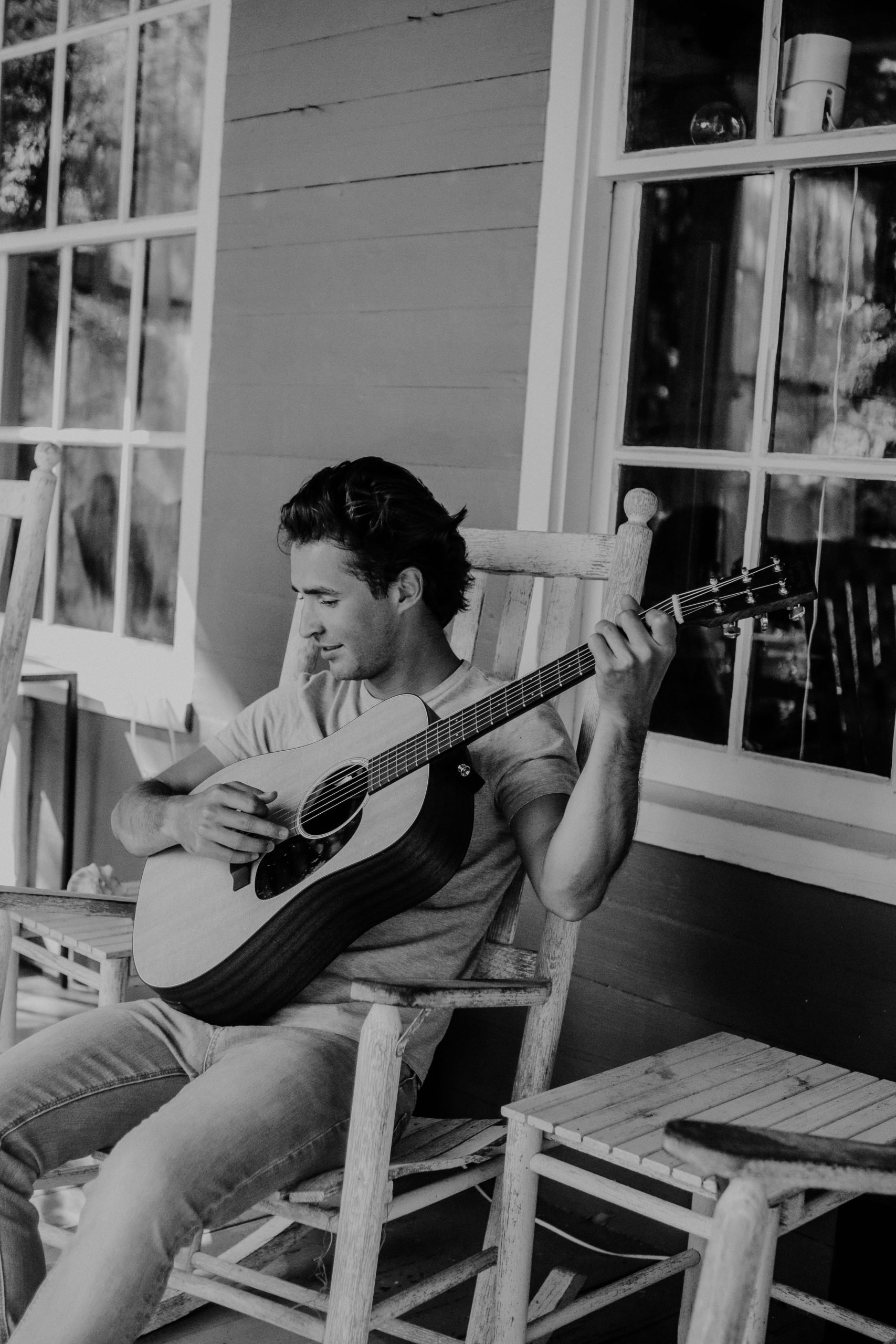 With a voice that recalls a timeless blend of Ray Charles, Van Morrison, and Jeff Buckley, William Blackburn joins such artists as Frank Ocean in crafting modern soul songs that are alternately lush and intimately earthy. The singer songwriter was born and raised in Charleston, South Carolina.

Captivated by vocalists such as Ray Charles, William went on to become the front man and lead singer of national touring act Stop Light Observations. Growing up on black gospel and soul, he has taken his profoundly expressive voice and moved fans with stand-out performances at festivals such as Bonnaroo and Firefly.

William is setting out to record and release his first ever solo project this Winter.

A special thanks to our poster artist: 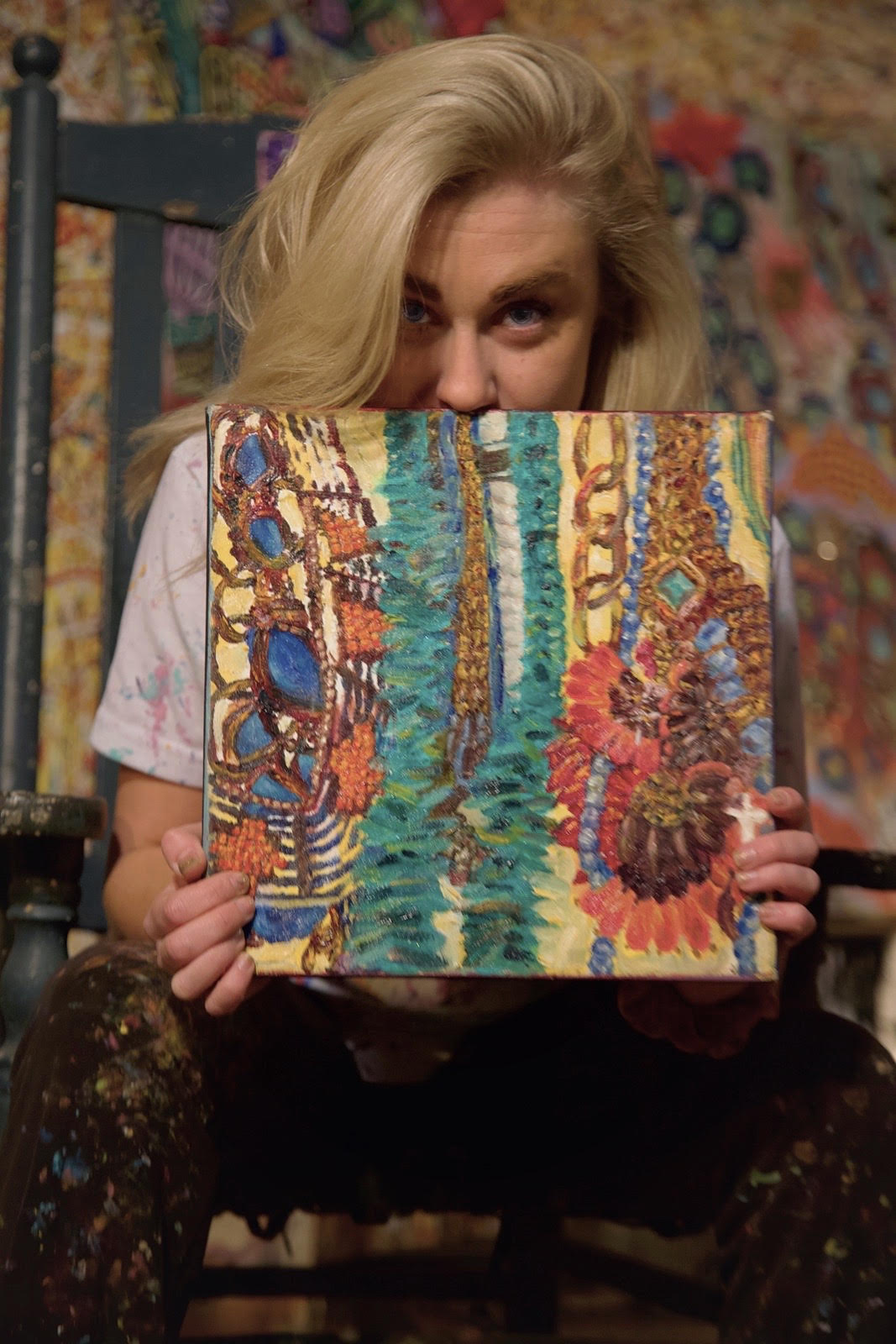 Born and raised in Charleston, South Carolina, Sarah White, known as “Swhitey”, received her BA in Studio Art from the College of Charleston in May of 2016. From that, she has continued to master her painting and drawing skills. Swhitey’s work has been displayed in a variety of galleries, venues, and markets all over South Carolina as well as New York City.

As an independent artist, Swhitey uses such expertise with oils, acrylics, and ink pen to create. She is inspired by surfaces of light reflection, gemstones, costume jewelry, slimy objects, wet subjects, bizarre shapes, and busy lines. Her artistic process differs in rendering from still life, photographs, and imaginative ideas.

The artist’s compositions are busy, chaotic, and unique.  Each shape and line play a part, in turn fulfilling some sort of purpose within the frame. This is a representation of the individuality of every human being. She explains, saying, “All of us exist within the bounds of earth with not one person nor purpose being the exact same. From this, I want to remind my audience of their worth, and how their version of self is a gift to be expressed and celebrated”.

A thank you to our media partners

Richard Todd, host of “The Morning Buzz” on WCOO-FM 105.5 The Bridge, will introduce each performance.

“I am thrilled to be a part of the Gaillard Center’s new local music initiative “Lowcountry Listens”!  As the host of a live and local morning radio show, on a station that strives to serve the Carolina coast and is referred to as ‘the sound of Charleston’, it seems like a perfect pairing to introduce more local music from the beautifully refurbished Gaillard and help to play a role in entertaining music fans with unique, local music during these strange days where going to a venue and listening in person is not possible.”

A long-time radio and TV personality in the Lowcountry, Richard Todd was born in Decatur, Alabama in 1965.  He moved to SC in the early ’70s and has basically been in the Palmetto State ever since. He has relaunched “The Morning Buzz” on WCOO-FM, 105.5 The Bridge, Monday-Friday from 6am-10am.  Tune in and join the fun as the adventure continues and make it a habit-forming part of your morning routine!