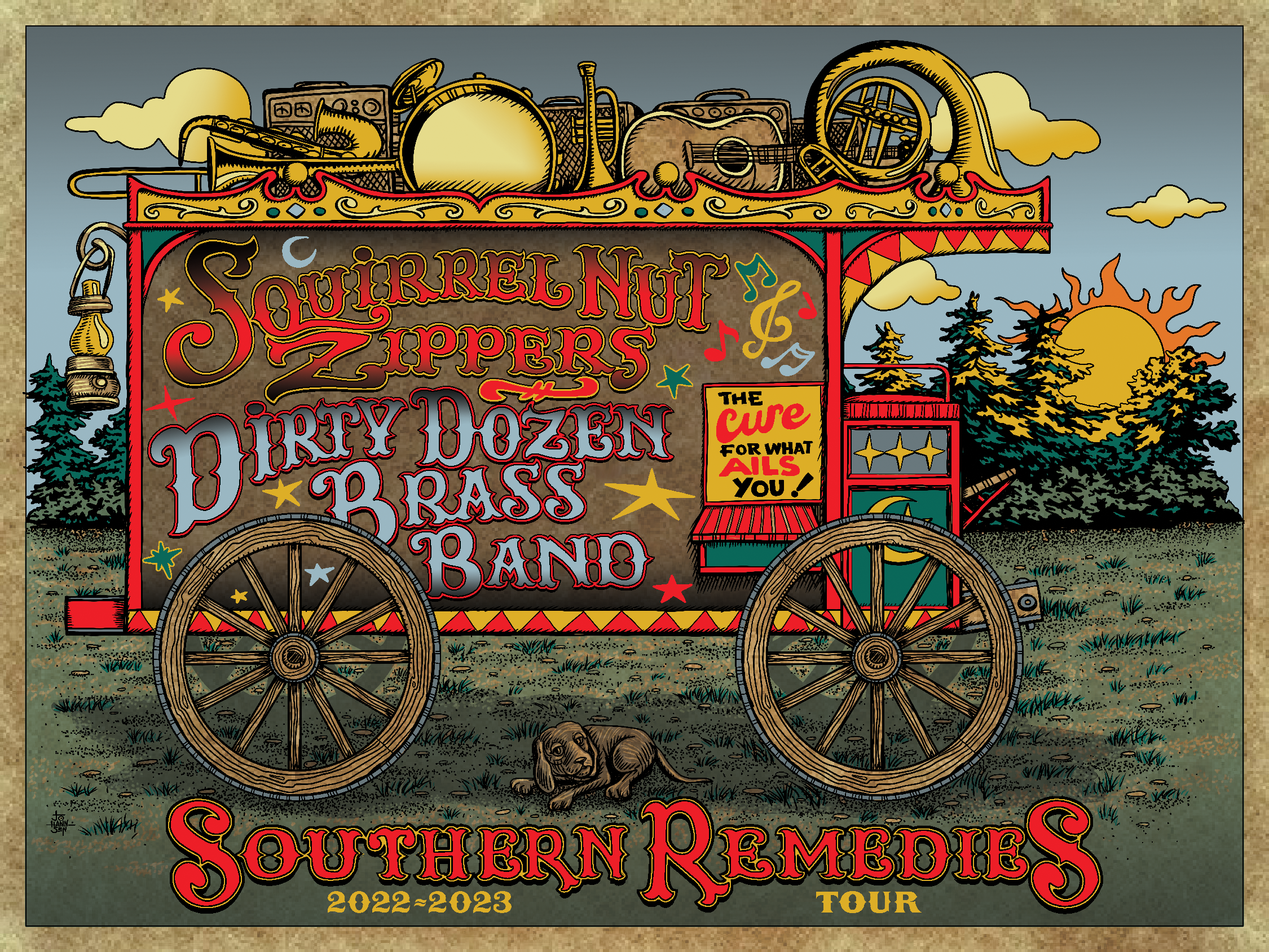 Squirrel Nut Zippers & Dirty Dozen Brass Band reunite for The Southern Remedies Tour 2022/2023. New Orleans’ most celebrated modern brass band, The Dirty Dozen Brass Band, pairs up with the Squirrel Nut Zippers and their multi-platinum blend of 1930’s era jazz, swing and folk. For these two groups, breaking molds and charting a new musical course is what helped each attain the highest level of success. The performances by these two critically acclaimed bands make for a delightfully eclectic and entertaining evening, with two sets plus collaboration.

The Squirrel Nut Zippers sold over 3 million albums from 1995 to 2000 and their watershed record Hot was certified platinum. Their musical journey began in Chapel Hill, North Carolina, in the mid 1990’s, as a musician’s escape from the cookie-cutter world of modern rock radio. The current all-star cast of New Orleans musicians breathed new life into the old material, and inspired band leader Jimbo Mathus to return to the studio to reignite the band’s unique, enigmatic sound. Their current release Lost Songs of Doc Souchon, was inspired by all of the mysterious characters from the history of New Orleans jazz music. In it are ten new tracks, a combination of newly penned Zippers songs, along with a few tunes from long gone times.

Celebrating over 40 years since their founding in 1977, New Orleans-based Dirty Dozen Brass Band has taken the traditional foundation of brass band music and incorporated it into a blend of genres including Bebop Jazz, Funk and R&B/Soul. This unique sound, described by the band as a ‘musical gumbo,’ has allowed the Dirty Dozen to tour across 5 continents and more than 30 countries, record 12 studio albums and collaborate with a range of artists from Modest Mouse to Widespread Panic to Norah Jones. Forty-plus years later, the Dirty Dozen Brass Band is a world famous music machine whose name is synonymous with genre-bending romps and high-octane performances.