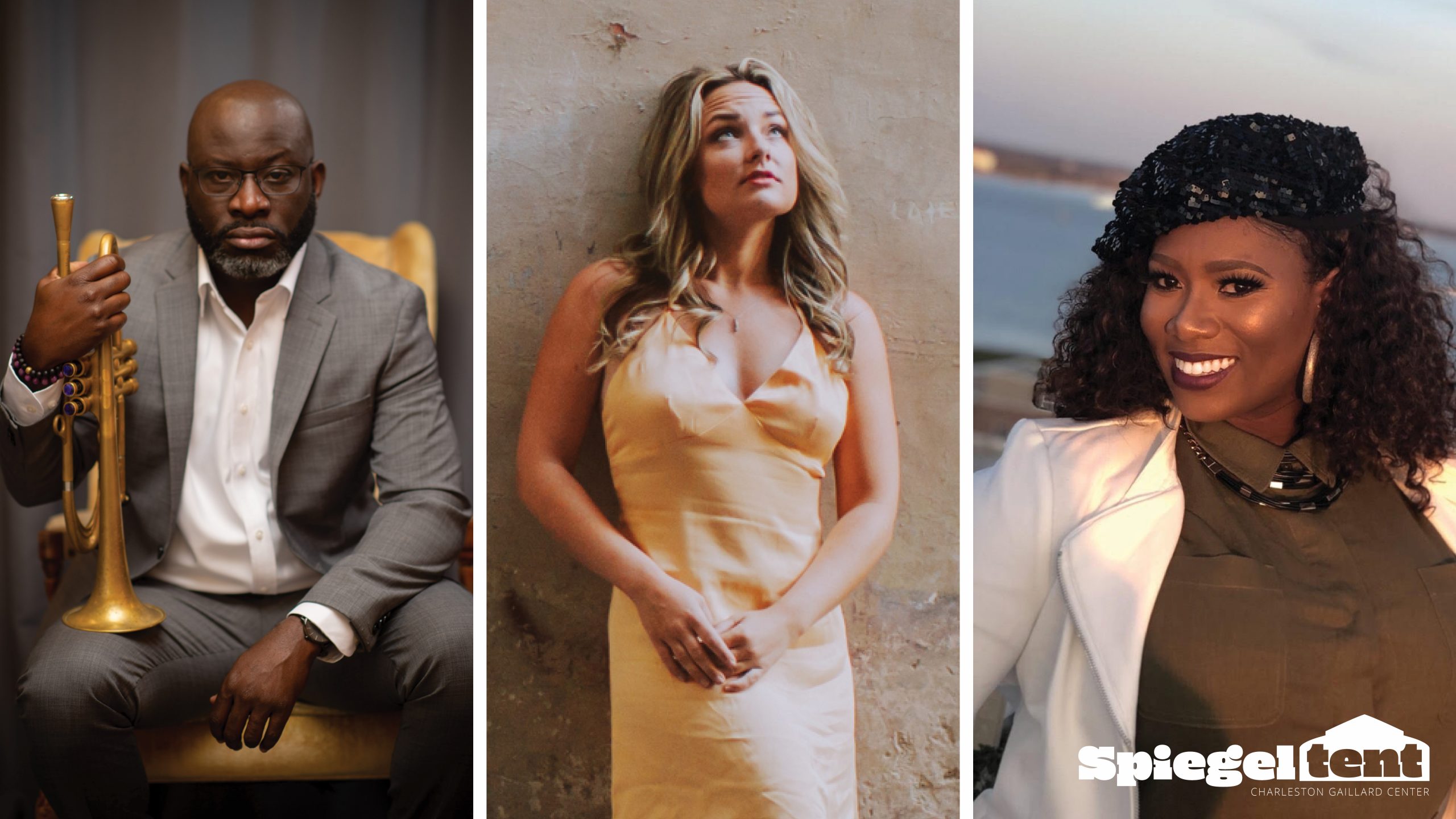 SOLD OUT! Please Note: You will need to visit Will Call on December 30, 2022 to receive your table assignment and wristband.

A native of Awendaw, SC, Charlton Singleton began his musical studies at the age of three on the piano. He would go on to study multiple instruments throughout elementary, middle, and high school. In 1994, he received a Bachelor of Arts in Music Performance from South Carolina State University. Since then, he has taught music in grades K-12, as well as being in demand as a speaker and clinician. In November of 2016 he was named the inaugural Artist in Residence at the Gaillard Center in Charleston, SC. He remained in this position until July 2019; at that point he was named Artist in Residence Emeritus.

As a performer, Charlton leads his own ensembles that vary in size and style. He is a founding member of an ensemble called Ranky Tanky. In 2017 the group reached the top of the Billboard, iTunes, and Amazon Contemporary Jazz charts with their self-titled debut recording. In 2019 they accomplished the same feat with the release of their sophomore effort, “Good Time”, which recently won the 2019 Grammy Award for “Best Regional Roots Album”. In 2021 he was the recipient of the SC Governor’s Award, which honors arts organizations, patrons, artists, members of the business community, and government entities who maximize their roles as innovators, supporters, and advocates for the arts. It is the highest honor for the Arts in the state of South Carolina.

Outside entertainment, he, and his wife, MaryJo, are the proud parents of Shalamar and D’Marcus and new grandparents to Sophia Rose.

Emily Curtis is a soulful singer-songwriter with a southern flare. Following in her dad’s footsteps, the artist began making waves with her guitar and smooth vocals in the Charleston, SC music scene in 2015 and has since released a crowd funded EP and a steady stream of singles, some of which are signed to Concord Music Publishing and Koze Music.  Her song “Sandcastles” premiered in American Songwriter Magazine in May 2021 with a music video, filmed in historic 20 South Battery mansion.

No stranger to the stage, Curtis has performed everywhere from local bars, to amphitheaters, to concert halls, to showcases in the Costa Rican jungle, as a vocalist for Patrick Davis in his Midnight Choir, as well as stages supporting national acts such as Parmalee, Sister Hazel and hometown favorites Hootie & The Blowfish.

Collaboration has been the backbone of her career.  Her most recent producers, songwriters, and personal mentors include Micah Nichols (touring guitar player for NeedtoBreathe), Sam “Heights” Garay, and Mario Marchetti as she continues to expand her trusted “music family”. She is a member of the Billboard 500 Club mentored by Adam McInnis, and recently co-founded “Sisters In Song”, a community of diverse women in the Charleston music scene on a mission to build authentic relationships, educate, and empower one another. Emily Curtis continues to lead people to a place of wholeness and belonging feeling empowered to “Leave a Mark”.

As lead vocalist, composer, lyricist for the Grammy award winning internationally- and critically acclaimed roots music group, Ranky Tanky, Parler spent weeks at #1 on several Billboard Jazz & Gospel charts. The group’s eponymous debut album has drawn praise and acclaim from some of the nation’s most discerning and respected music critics. Through Ranky Tanky’s sold out shows, Quiana is using her artistry to bring the cultural and musical heritage of the SC Lowcountry to some of the most prestigious stages in the US and Europe, like Norway’s Moldejazz and New York City’s Lincoln Center. In 2022, Quiana was honored as one of only 24 artists from around the world to create and teach the Musical Explorers curriculum for the prestigious Weill Music Institute at Carnegie Hall.

Is the Spiegeltent heated?

The Spiegeltent is equipped with both heating and air conditioning to keep the tent a comfortable temperature for all shows.

I purchased a VIP booth. When can I pick up my tickets for myself and my guests?

All attendees seated in booths will receive wristbands instead of tickets. Please visit the Will Call window at the Ticket Office inside the main lobby the day of the show. For your own safety, please be cautious of grabbing or leaning on poles when entering the booth seats.

How long is the performance?

Homegrown and Nationally Known will have an approximate run time of 75 minutes with no intermission.

May I take photos during the show?

Photography and videography are encouraged, without flash for the safety of our performers. Tag @gaillardcenter and use #gaillardcenter in your posts!

Are there any prohibited items?

Prohibited items include gum, weapons of any kind (including pocket knives and firearms), projectiles, and illegal substances.

May I purchase food and beverages during the event?

The Spiegeltent will be a cashless venue for beverage purchases. We will only be accepting credit cards, debit cards, and Apple Pay mobile payments.

Is there a restroom inside the Spiegeltent?

There are no restrooms inside the Spiegeltent. You may use the restroom inside the Gaillard Center.

Will I be able to leave and re-enter the Spiegeltent?

Yes! You may leave the Spiegeltent and reenter. Guests will be given a sticker upon exit that will be used to re-enter.