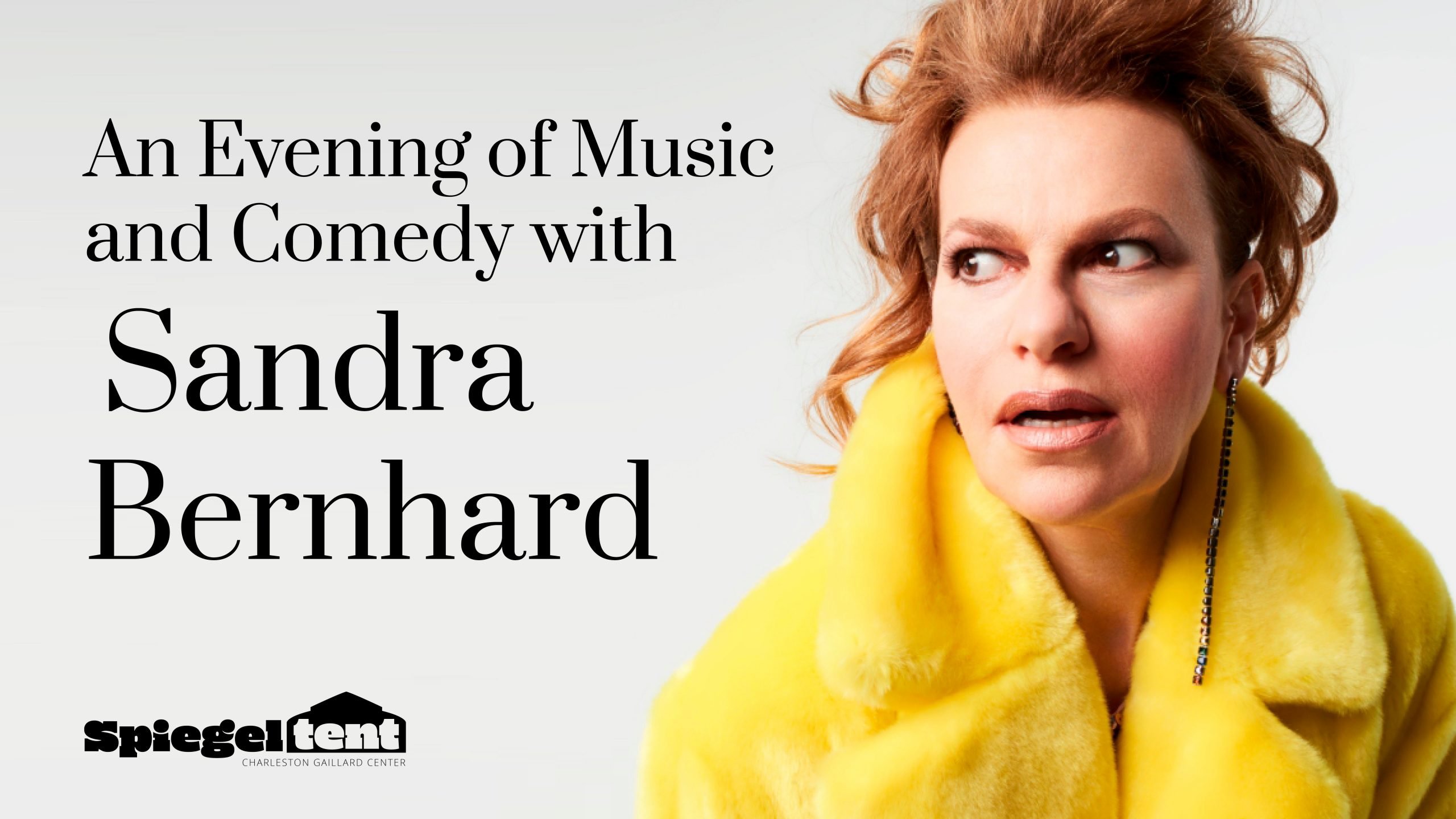 Sandra is also currently in her seventh year hosting her weekly radio show Sandyland on SiriusXM’s Radio Andy channel 102, for which she won a broadcasting Gracie Award. A pioneer of the one-woman show, Bernhard brings a completely unique and raucous mix of cabaret, stand-up, rock-n-roll, and social commentary to her live stage performances. Just before the pandemic she celebrated the 10 year anniversary of her iconic annual holiday shows at Joe’s Pub in New York City, while she also continues to tour throughout the country and overseas.

Extremely notable past live stage shows, which she has performed both on and off-Broadway, include Without You I’m Nothing, I’m Still Here, Dammit, Everything Bad and Beautiful, and #blessed.

Bernhard’s film credits include The King of Comedy, for which she was awarded Best Supporting Actress by the National Society of Film Critics, Track 29, Hudson Hawk, Dinner Rush, and the live performance film Without You I’m Nothing. Past television credits include Two Broke Girls, Brooklyn Nine-Nine, Broad City, Difficult People, You’re the Worst, The New Adventures of Old Christine, Will & Grace, The Sopranos, The Larry Sanders Show and Roseanne. Music albums include I’m Your Woman (Polygram, 1986), Excuses for Bad Behavior (Epic, 1994) and the world music album Whatever It Takes (Mi5, 2009). She has written three books: May I Kiss You on the Lips, Miss Sandra?, Confessions of a Pretty Lady, Love, Love and Love.

LOCATION: The Spiegeltent is located on the grounds of the Charleston Gaillard Center.

Is the Spiegeltent heated?

The Spiegeltent is equipped with both heating and air conditioning to keep the tent a comfortable temperature for all shows.

I have General Admission tickets. What does that mean?

If you have a General Admission ticket, seating is first-come, first-served. Arrive early!

I purchased a booth. When can I pick up my tickets for myself and my guests?

All attendees seated in booths will receive wristbands instead of tickets. Please visit the Will Call window at the Ticket Office inside the main lobby the day of the show. For your own safety, please be cautious of grabbing or leaning on poles when entering the booth seats.

How long is the performance?

An Evening with Sandra Bernhard has an approximate run time of 75 minutes with no intermission.

May I take photos during the show?

Photography and videography are encouraged, without flash for the safety of our performers. Tag @gaillardcenter and use #gaillardcenter in your posts!

Are there any prohibited items?

Prohibited items include gum, weapons of any kind (including pocket knives and firearms), projectiles, and illegal substances.

May I purchase food and beverages during the event?

The Spiegeltent will be a cashless venue for beverage purchases. We will only be accepting credit cards, debit cards, and Apple Pay mobile payments.


Is there a restroom inside the Spiegeltent?

There are no restrooms inside the Spiegeltent. You may use the restroom inside the Gaillard Center.

Will I be able to leave and re-enter the Spiegeltent?

Yes! You may leave the Spiegeltent and reenter. Guests will be given a sticker upon exit that will be used to re-enter.