Jul 16, 2022 at 5:00 pm
This is a FREE Performance. Please RSVP Below. Your RSVP does not guarantee a seat within the performance hall. 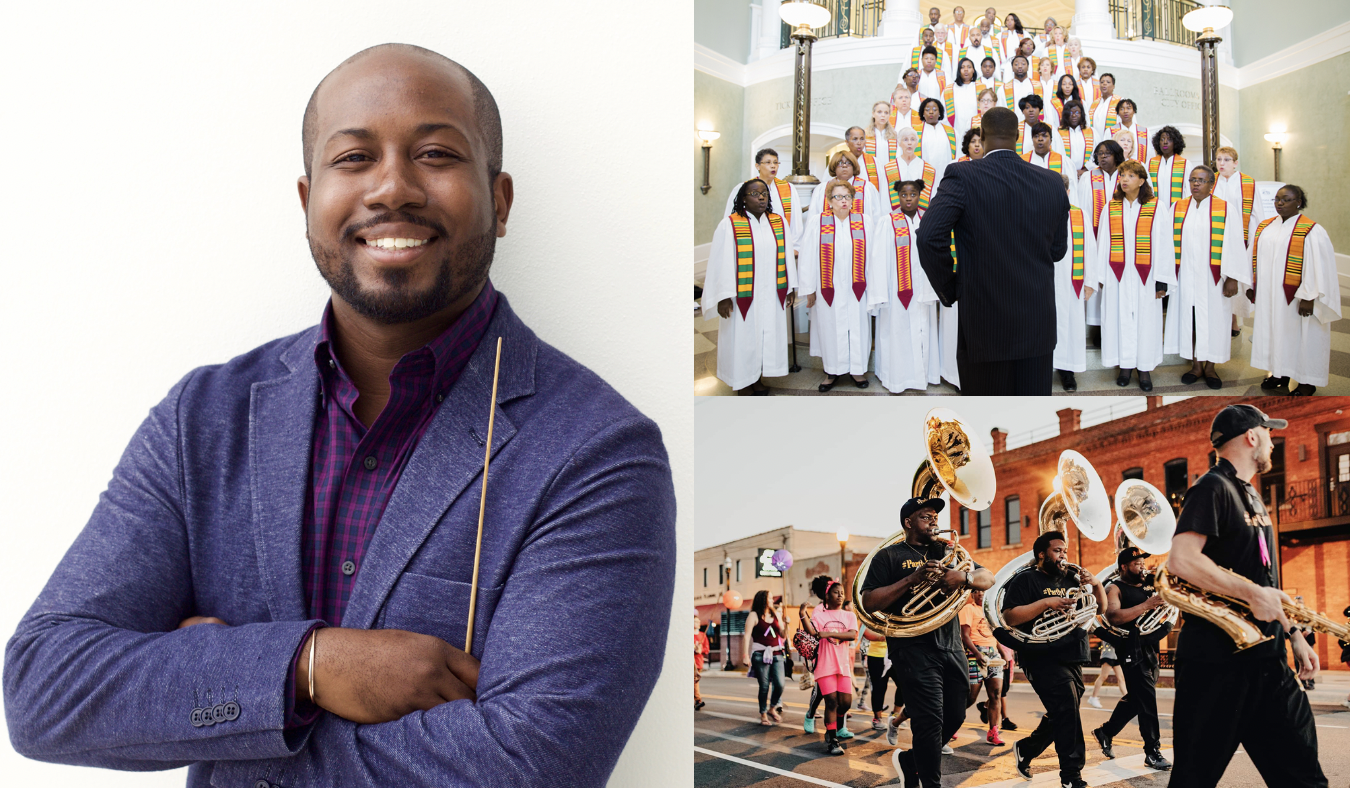 Due to the recent high temperatures in Charleston and our wish to create an enjoyable experience for all patrons, the Orchestrating Freedom outdoor concert has been moved inside of the Gaillard Center’s Martha & John M. Rivers Performance Hall.

Please RSVP even if you plan on attending the event outdoors. Your RSVP does not guarantee a seat within the performance hall. Seating within the performance hall is limited and is first come, first served. Doors open at 4pm. However, the free indoor performance will also be simulcast outside of the Gaillard Center for those that wish to enjoy an outdoor experience! Plus, Partly Cloudy brings their funky soul, infectious grooves, and relentless energy outdoors at 3:45pm. Food trucks and an outdoor bar will be open outside of the Gaillard before the Orchestrating Freedom concert—we hope to see you there!

This one-hour, outdoor reflection and celebration of Charleston’s continued pursuit of freedom in alignment with the bicentennial recognition of the execution of Denmark Vesey and his 33 associates. The program highlights the promise of America, the promise of freedom and pursuit of liberty, in juxtaposition to the experience of Vesey and other enslaved individuals endeavors on the same soil.

The promise of America is illustrated by Aaron Copland’s “Fanfare for the Common Man,” a fanfare born out of wartime but dedicated to the citizens experiencing the pains of war, with simultaneous poems outlining what America should be.

The presence of Antonin Dvorak and James Reese Europe is brought forward for their respective and tied efforts to fight for equality in music and in society. It was Dvorak who first championed the voice of African-America folk idioms and traditions to be the very identity of American classical music. His legacy led to James Reese Europe – one of WWI’s most decorated heroes, composer, band leader of the Harlem Hellfighter, and pioneer for jazz having a global presence. Through his efforts domestically and abroad Reese Europe is very much the 20th century echo of Denmark Vesey.

An acknowledgment of reflection of 34 persons executed via recitation of their names during Adolphus Hailstork’s “Epitaph for a Man Who Dreamed,” a work Hailstork wrote in dedication to the lifework and martyrdom of Dr. Martin Luther King.

Select movements of Joel Thompson’s “Seven Last Words of the Unarmed,” a work written as unflinching look gazed at one of our modern day struggles for freedom and agency as each movement is written for an unarmed black man who was killed by law enforcement.

The program ends not in hope but expectation and renewal of fervor with Sam Cooke’s “A Change is Gonna Come” and John Legend/Common’s “Glory” from the film Selma.

ABOUT THE CHARLESTON SYMPHONY

Gaillard Center partner and resident orchestra, the Charleston Symphony is one of the leading arts organizations in the Southeast. The CSO strives to not only be recognized for both performance and presentation of the highest quality music, but also to engage and enrich people of all backgrounds and beliefs through culturally meaningful and relevant programming for our communities.

ABOUT THE LOWCOUNTRY VOICES

Lowcountry Voices is a multicultural and ethnically diverse choral performing arts organization based in North Charleston, SC. It performs all genres of choral music with an emphasis on African American music performed in the South Carolina Lowcountry tradition.

Turning awesome events into epic everlasting memories, #PartlyCloudy Brass Band delivers that ideology whenever they are called. Led by Orangeburg, SC native Clyde Frazier III, this ensemble brings a different element to the scene with their funky soul, infectious grooves, their relentless energy, and ability to make their audience move. #PartlyCloudy

Osei Terry Chandler is the widowed father of three adult offspring. A retired educator, he was the Director of the Educational Opportunity Center at Trident Technical College.

Osei continues to voluntarily produce and host the Roots Musik Karamu for South Carolina Public Radio. This Caribbean oriented music program has been broadcasting since April, 1979… Over 42 years. He’s received many awards and honors. Chandler was recently inducted into the Lowcountry Music Hall of Fame.

Chandler’s voice can be heard on the “Weekend Jazz” segment of the widely syndicated”Jazz Works” programs.

Because of his various involvements and commitments Osei has been called a “communityactivist”. Osei’s family, (along with four or five other families), was among the first to practice Kwanzaa publically in Charleston in 1978. He co – founded the still active Ebony City Soccer Club – “The Li’l Peles”; he is co- founder of the Charleston Remembrance Program (an annual commemoration to the African ancestors who perished during the Middle Passage); Osei has served as President of the Avery Institute of Afro-American History & Culture and as Chairman of the Advisory Board of the Avery Research Center.

Chandler has hosted a good number of concerts; he has facilitated and participated in a variety of presentations and panels relative to the enlightenment and upliftment of his family and his community.

Discount will automatically be applied at checkout.