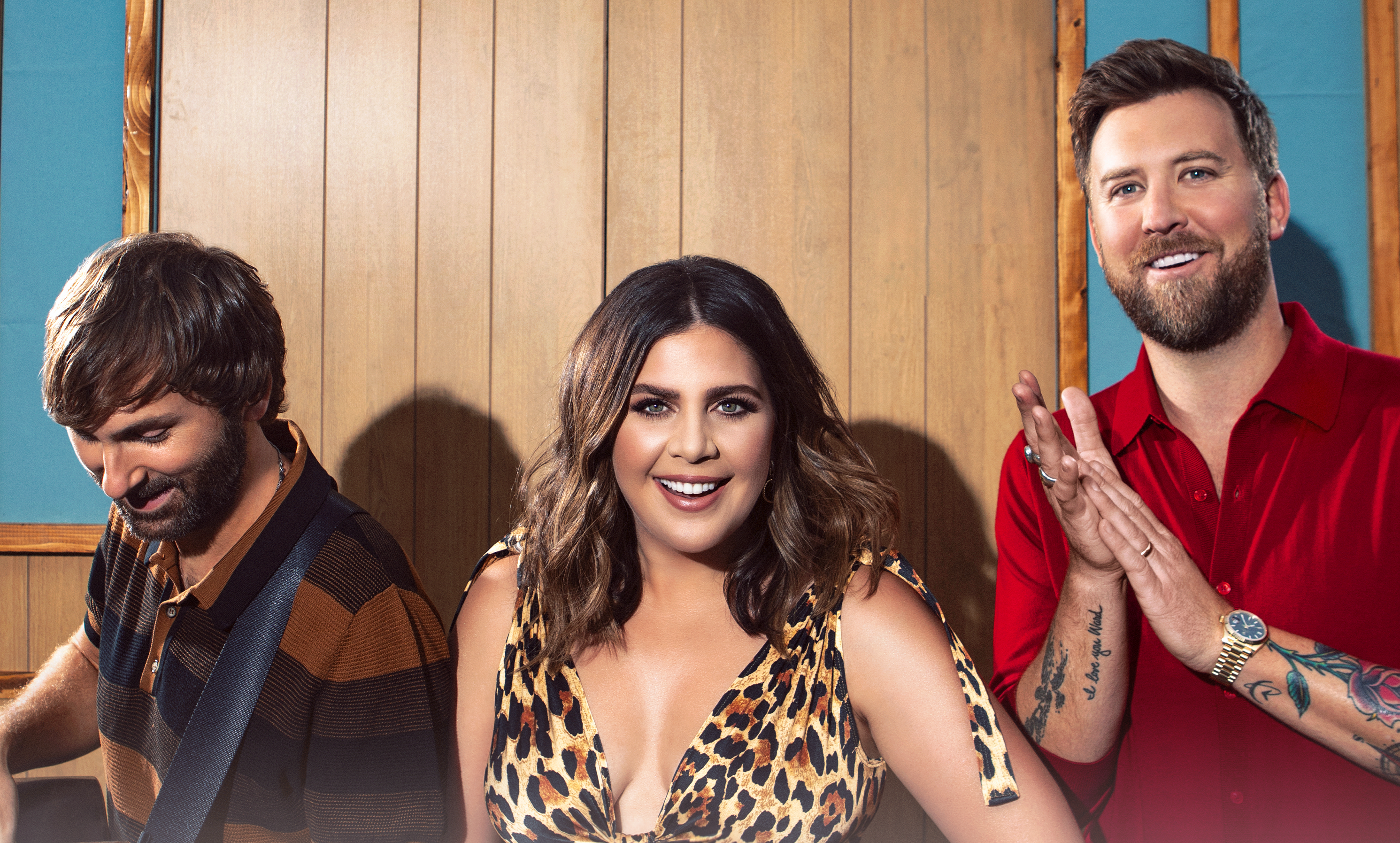 RESCHEDULED. The Lady A Request Line Tour originally scheduled for August 25, 2022, has been rescheduled for June 24, 2023. Ticket holders have been contacted regarding next steps. For any questions about your tickets, please reach out to the Ticket Office at ticketing@gaillardcenter.org or (843) 242-3099. Thank you for your continued support.

Multi-Platinum band Lady A is inviting fans to join their REQUEST LINE TOUR, launching with back-to-back nights at Nashville’s Ryman Auditorium, kicking off Aug. 13th. Each night fans will experience the hit-packed set backed by rich harmonies the band is known for, while also interacting with the band in real time to directly request songs, making no two shows the same. For the twenty new dates, Lady A has tapped longtime friend and collaborator Dave Barnes as direct support.

“We’ve been touring for over fifteen years and have played some of the biggest venues in the world but there’s something truly special about being close to your audience and having the flexibility to include the fans in how the show goes,” Dave Haywood said. “During our Vegas residency our favorite moments allowed the three of us to talk with the fans and play what they wanted to hear. So we’re taking that spirit and making it a regular part of our shows this year.”

During the REQUEST LINE TOUR fans can call 615-882-1975 and ask to hear their favorite Lady A songs to be added to the show’s set list. The multi-Platinum trio gives a taste of what to expect here: https://youtu.be/pT2FDYTNbf4

Built around rich vocal harmony, vivid emotional writing and a smooth fusion of country, rock and pop, Lady A have long been a model of mainstream success. The trios 11 No. Ones, 18 million albums sold, 34 million tracks, five billion digital streams and a global touring footprint prove that point. Known for their 9X Platinum hit “Need You Now,” which is the highest certified song by a Country group, they have earned CMA “Vocal Group of the Year” trophies three years in a row and countless other honors including five GRAMMY Awards, Billboard Music Awards, People’s Choice Awards, Teen Choice Awards, and a Tony Award nomination. For more information visit www.ladyamusic.com.

For Dave Barnes, being a musician is like being the author of a Choose Your Own Adventure book. There’s no set path, so instead the singer-songwriter follows his instinct, often veering away from the well-trodden trail for somewhere more unlikely. Whether he’s recording his own songs, writing for other artists or channeling his creative skills elsewhere, Dave likes to keep things a little left of center.

Although born in South Carolina, Dave spent most of his childhood in Mississippi, where he formed an early attachment to all genres of music. Since moving to Nashville in 2001, Dave has released 12 albums and numerous EPs, including 2021’s Notes From Paris and several holiday albums. His latest effort, Remembering: Greatest Hits Acoustic, brings him full circle as he revisits his classic songs. The album, created over three days, was recorded with the intention to strip back the songs to the way they were written and how Dave has so often played them on tour.