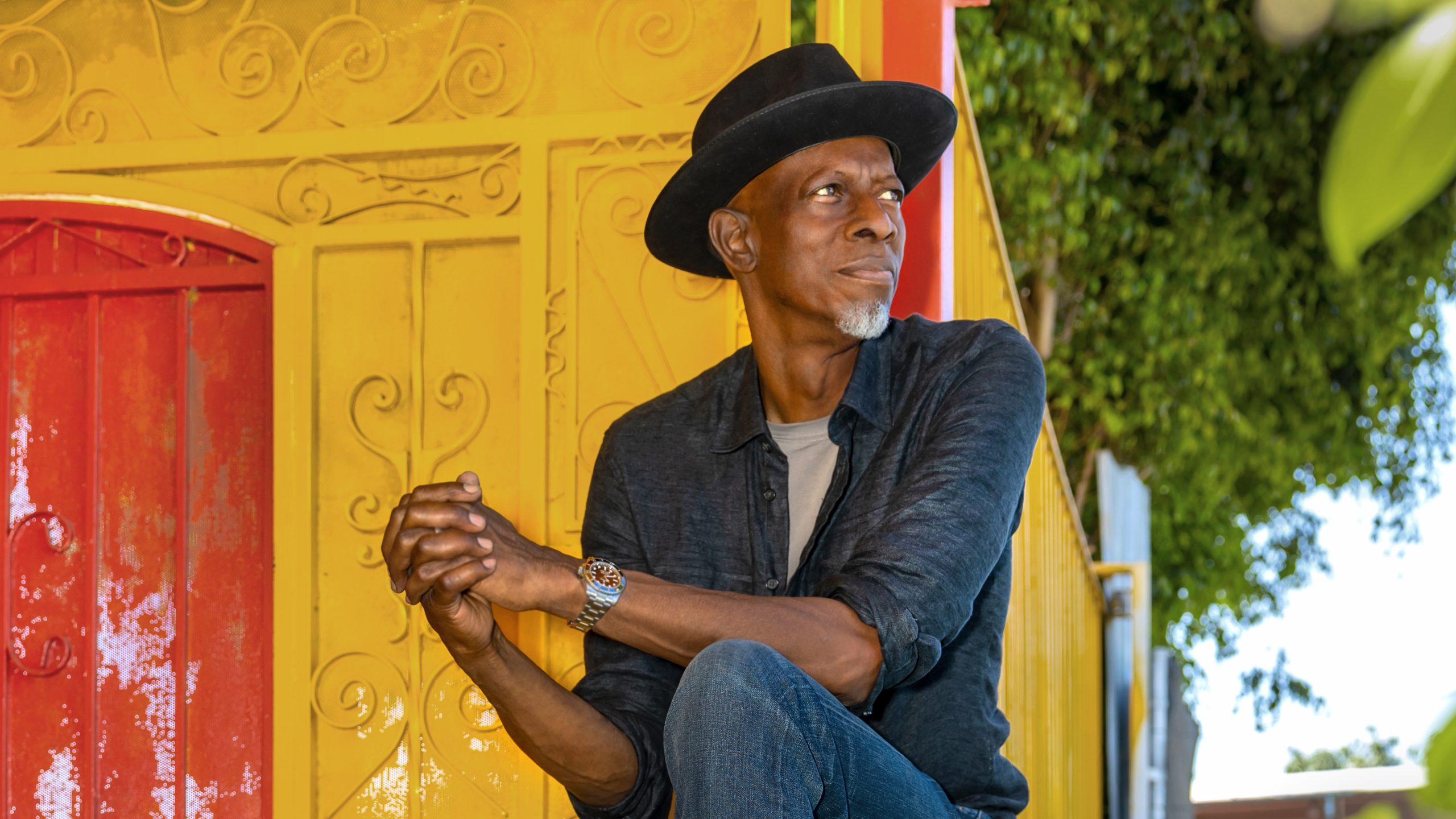 With five GRAMMYs, 14 Blues Foundation Awards, and a groundbreaking career spanning nearly 50 years under his belt, Keb’ Mo’s got nothing left to prove. Just don’t tell him that.

“I may be turning 70,” Keb’ reflects, “but I’m still breathing and I’m still hungry. I’m still out there going for it every single day.

Born and raised in Compton, Keb’ began his remarkable journey at the tender age of 21, when he landed his first major gig playing with Jefferson Airplane violinist Papa John Creach. For the next twenty years, Keb’ would work primarily behind the scenes, establishing himself as a prolific guitarist, songwriter, and arranger with a unique gift for linking the past and present in his evocative playing and singing. Though he recorded a one-off album in 1980 under his birth name, Kevin Moore, it wasn’t until 1994 that he would introduce the world to Keb’ Mo’ with the release of his widely acclaimed self-titled debut. Critics were quick to take note of Keb’s modern, genre-bending take on old school sounds, and two years later, he garnered his first GRAMMY Award for Best Contemporary Blues Album with Just Like You. In the decades to come, Keb’ would take home four more GRAMMY Awards; top the Billboard Blues Chart seven times; perform everywhere from Carnegie Hall to The White House; collaborate with the likes of Taj Mahal, Jackson Browne, Willie Nelson, and Bonnie Raitt; have compositions recorded and sampled by artists as diverse as B.B. King, Zac Brown, and BTS; release signature guitars with both Gibson and Martin; compose music for television series like Mike and Molly, Memphis Beat, B Positive, and Martha Stewart Living; and earn the Americana Music Association’s 2021 award for Lifetime Achievement in Performance.

In addition to his extraordinary musical output, Keb’ also established himself as a captivating onscreen presence over the years, appearing as himself in Martin Scorcese’s The Blues, Aaron Sorkin’s The West Wing, and even the iconic children’s series Sesame Street. He flexed his acting chops in a wide variety of projects, as well, portraying Robert Johnson in the 1998 documentary Can’t You Hear The Wind Howl, Howlin’ Wolf on CMT’s Sun Records, and the ghostly bluesman Possum in John Sayles’ 2007 film Honeydripper. A fixture on late night TV and award show stages, Keb’ has also performed on Letterman, Leno, Conan, Colbert, and Austin City Limits in addition to appearing on nationally televised broadcasts from The Kennedy Center, The Ryman Auditorium, and Eric Clapton’s Crossroads Festival.

A passionate philanthropist and outspoken activist, Keb’ has devoted countless hours and helped raise hundreds of thousands of dollars in support of social, environmental, and racial justice throughout his career. As a celebrity mentor with The Kennedy Center’s Turnaround Arts Program, which began under the guidance of First Lady Michelle Obama and the President’s Committee for the Arts and Humanities, Keb’ “adopted” The Johnson School for Excellence in Chicago, where he teamed up with teachers, students, and parents to help build a thriving arts education program, and as a longtime ambassador for the Playing For Change Foundation, he’s helped support the non-profit from its early days in its quest to provide free music education and basic needs like food, water, medicine, clothing, books, and school supplies to children around the world.

The Brother Brothers are the indie-folk duo of Adam and David Moss. The identical twins were born and raised in Peoria, Illinois, and originally based in Brooklyn, but have been ultimately and profoundly shaped by indiscriminate rambling. They are the kind of people who have a story about everything, and more so, one you might genuinely like to hear.

Plopped atop virtuosic musicianship and enlivened by true blood harmonies, these stories come to life on the band’s stunning sophomore album Calla Lily, produced by Grammy-nominated Ryan Hadlock (The Lumineers, Brandi Carlile, Vance Joy). According to American Songwriter, “Calla Lily proves that no matter what musical context Adam and David Moss may come to put themselves in, what the duo want to say through music will always come to show the beauty that exists—even in the deepest cracks—of human living.” Proclaims No Depression, “the warm harmonies and silky melodies of identical twins David and Adam Moss evoke the kind of ’60s-era folk tunes that reverberated through dark, wood-paneled bars in the Village… If these brothers aren’t among the Americana Music Association’s nominees for Emerging Artist or Duo-Group, I want a recount.”