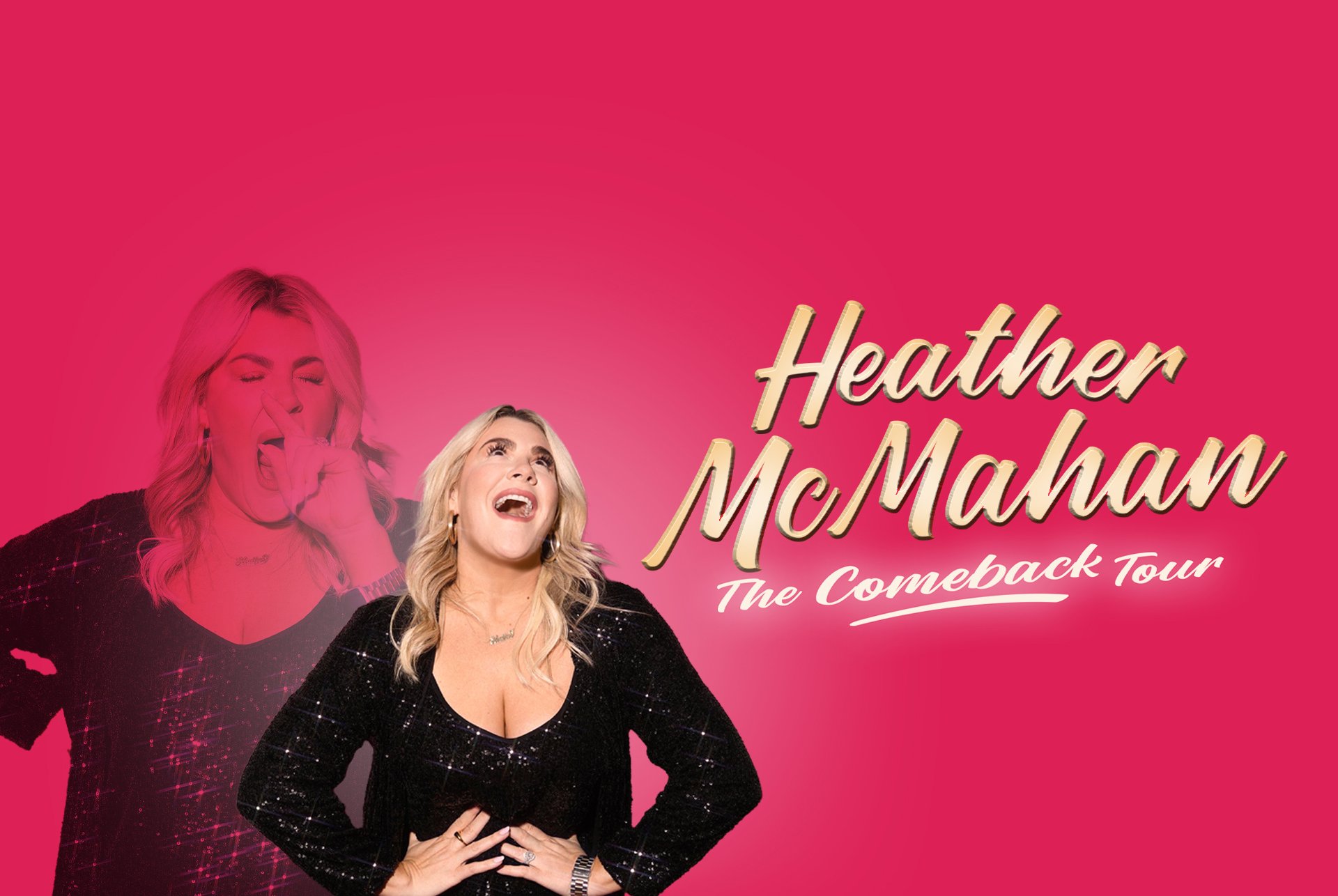 The honeymoon is over folks! Heather McMahan is heading back on tour baby! It’s time to get back to work- the world is still on fire, carbs are still bad for you and even though we’re all dead inside, we’re gonna giggle, damn it!

Named to Variety’s Comedy Impact Report following the unprecedented success of her debut, THE FAREWELL TOUR, Heather McMahan is back on the road bringing the giggles nationwide. A beloved standup comedian, storyteller, and the best friend everyone wants, Heather has seen her popularity skyrocket with fans and the industry falling for her voice, wit and southern flair. Her podcast, ABSOLUTELY NOT WITH HEATHER MCMAHAN was named one of the Ten Best Podcasts of 2021 by Entertainment Weekly. She starred opposite Nina Dobrev and Jimmy O. Yang in Netflix’s LOVE HARD, which reached no. 1 in the world and the US in its first five days of release on the platform. On the television side, she is currently developing a ½ hour multi-cam based on her life for NBC.

A ticket to the Heather McMahan: The Comeback Tour required. By purchasing a VIP add-on, you agree to share your information with a third party in order for the VIP instructions to be sent to you.