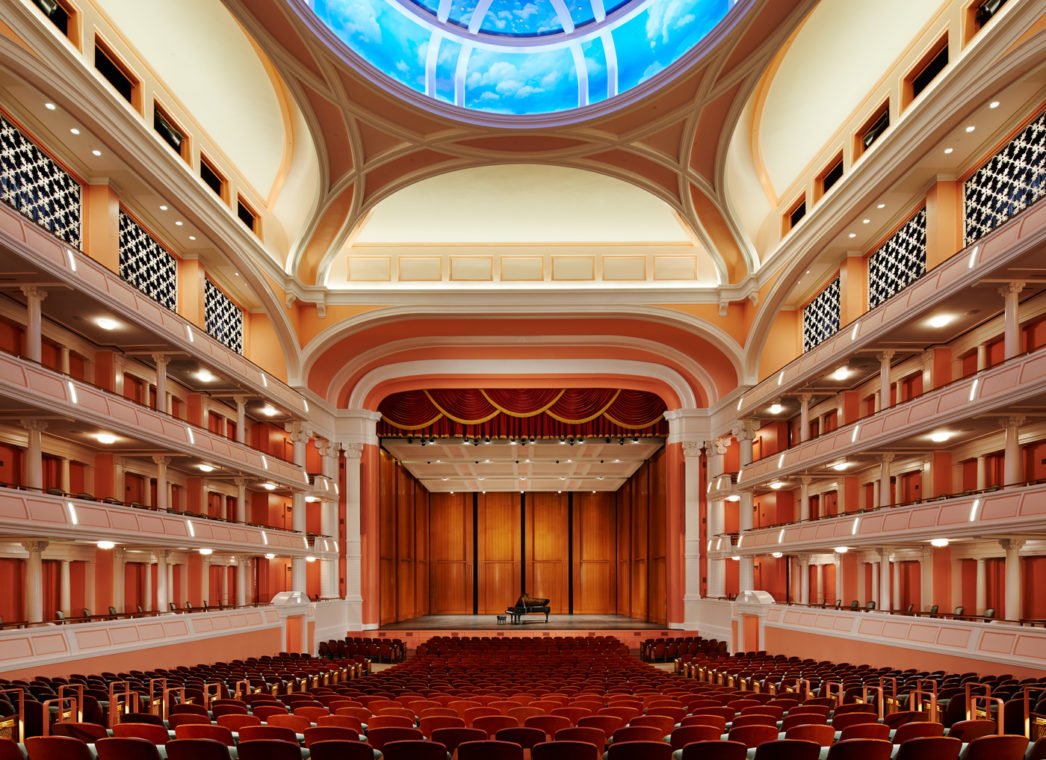 On Sunday, October 18, click the button below and use your unique code to access the livestream page.

The Charleston Gaillard Center is thrilled to announce a special performance in celebration of five years enriching the Charleston community with unforgettable experiences. Held on Sunday, October 18, exactly five years since the Inaugural Concert, the Five-Year Anniversary Celebration will feature a string quartet from the Charleston Symphony Orchestra, Artist-in-Residence and Charleston’s first Poet Laureate Marcus Amaker, and Artist-in-Residence Emeritus and Grammy Award-winning Charlton Singleton. As patron safety remains our first priority, we have implemented numerous measures to allow guests to safely gather within the Martha and John M. Rivers Performance Hall. This celebratory event will have options for patrons to either attend in-person and socially distanced, or experience the show virtually through online streaming.

Tickets will be sold as “Best Available.” The Ticket Office will seat people based on when they purchased and where they fit best in the hall to meet social distance requirements. Please note: multiple cameras will be present filming the live stream and there will be some obstruction of sight lines depending on final camera placement.

William Grant Still, Lyric Quartet
I. Sentimental One
II. The Quiet One
II. The Jovial One

ABOUT THE CHARLESTON GAILLARD CENTER

The renovation of the Gaillard Municipal Auditorium into the Charleston Gaillard Center’s state-of-the-art 1,800-seat theater and 15,000-square foot Exhibition Hall began in 2012 with a public-private partnership between Martha Rivers Ingram and Mayor Joseph P. Riley. With a robust fundraising campaign from the Gaillard Center Performance Hall Foundation, the Gaillard Center reopened in October 2015 as a nonprofit organization.

In five years, the Gaillard Center has welcomed close to 750,000 local and international guests for over 900 events in our Grand Ballroom and the Martha and John M. Rivers Performance Hall. Together we have celebrated the holidays with the wondrous Vienna Boys Choir, enjoyed the remarkable talents of Jazz at Lincoln Center Orchestra with Wynton Marsalis, marveled at the beauty of Alvin Ailey American Dance Theater, and sung along with Little Big Town for two sold-out shows. We have also had the honor of hosting two Democratic National Presidential Primary Debates, as well as Charleston-based organizations like Spoleto Festival, USA, the Charleston Symphony Orchestra, and the Southeastern Wildlife Exposition.

Providing fully-funded access to arts education for every Lowcountry student is a core value of the Charleston Gaillard Center and the foundation of Ms. Ingram’s vision. In five years, the Gaillard Center has hosted over 89,000 students, with almost 61,000 students attending completely free, including the cost of bus transportation. Additionally, our educators, Artists-in-Residence, and teaching artists have taught over 1,100 in-school workshops to students throughout the Lowcountry.

Marcus Amaker was named Charleston, SC’s first Poet Laureate in 2016. He’s also the award-winning graphic designer of a national music journal, an accomplished electronic musician, and a mentor to hundreds of students.

His poetry has been presented by The Kennedy Center, and has appeared in Departures magazine, Chicago Tribune, PBS Newshour, and several other publications. In 2019, he won a Governor’s Arts award in South Carolina.

His poetry has been studied in classrooms and has been interpreted for ballet, jazz, modern dance, opera and theater. Marcus has recorded three albums with Grammy Award winning drummer and producer Quentin E. Baxter of Ranky Tanky.

His latest book is The Birth of All Things, from Free Verse Press. He’s currently the Gaillard Center’s artst-in-residence.

A native of Awendaw, SC, Charlton Singleton began his musical studies at the age of three on the piano. He would then go on to study the organ, violin, cello, and the trumpet throughout elementary, middle and high school. In 1994, he received a Bachelor of Arts in Music Performance from South Carolina State University. Since that time, he has taught music at the elementary, middle, and high school levels, as well as being an adjunct faculty member at the College of Charleston. In 2008 he co-founded and became the Artistic Director and Conductor of the Charleston Jazz Orchestra; an 18 piece jazz ensemble of some of the finest professional musicians in the Southeast and the resident big band in Charleston, SC. Mr. Singleton is also the organist and choir director at St. Patrick Catholic Church in Charleston, SC. In November of 2016 he was named the inaugural Artist in Residence at the recently renovated Gaillard Center in downtown Charleston. He remained in this position until July 2019; at that point he was named Artist in Residence Emeritus. In this position he continues to lead the Summer Youth Jazz Orchestra Camp as well as lead the “Jazz Through the Ages” assembly, which attracts a capacity crowd of students at the Gaillard Center.

As a performer, Charlton leads his own ensembles that vary in size and style. He has performed in France, Great Britain, Scotland, Spain, Germany, Austria, Italy, Switzerland, Norway, Canada, The Netherlands, as well as many great cities throughout the United States. He is a founding member of a new ensemble called Ranky Tanky. The group is a quintet that interprets the sounds of Gullah from the Southeast Coast of the United States. In 2017 Ranky Tanky reached the top of the Billboard, iTunes, and Amazon Contemporary Jazz charts with their self-titled debut recording. In 2019 they accomplished the same feat with the release of their sophomore effort, “Good Time”, which recently won the 2020 Grammy Award for “Best Regional Roots Music Album”.

In addition to performing, he is in demand as a speaker, clinician, composer, and arranger. He has also shared the stage with and/or worked with some of most talented entertainers in the world, including Bobby McFerrin, Jimmy Heath, Slide Hampton, Houston Person, Darius Rucker, Fred Wesley, and Cyrus Chestnut to name a few. Outside of music and entertainment, he and his wife, MaryJo, are the proud parents of Shalamar and D’Marcus, as well as their pets…Sassy, Jango, Mojo, Kota Bear, Pumpkin, and Ginger.