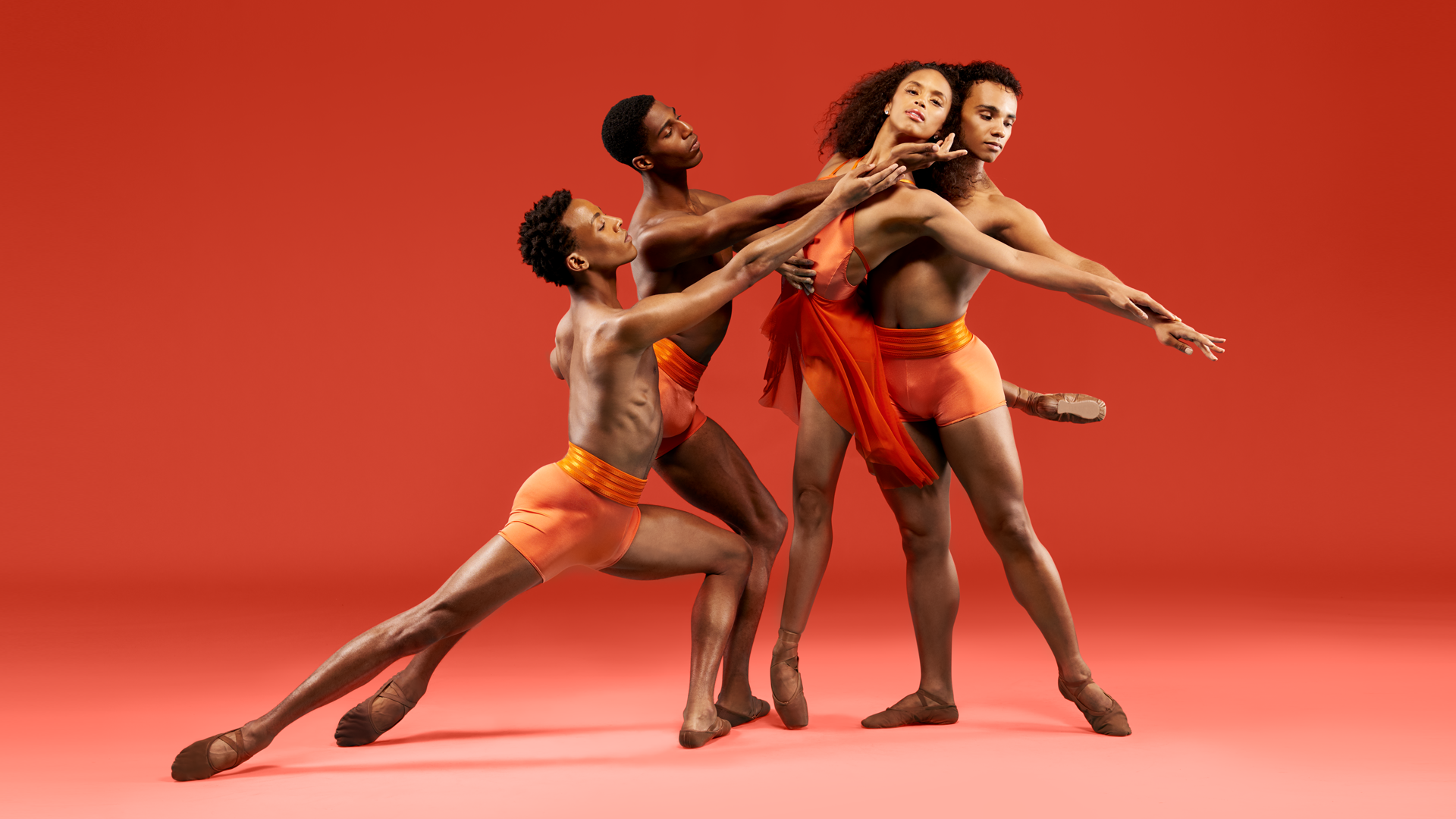 Dance Theatre of Harlem is a leading dance institution of unparalleled global acclaim, encompassing a professional touring company, a leading studio school, and a national and international education and community outreach program. Each component of Dance Theatre of Harlem carries a solid commitment towards enriching the lives of young people and adults around the world through the arts. Founded in 1969 by Arthur Mitchell and Karel Shook, Dance Theatre of Harlem is considered “one of ballet’s most exciting undertakings” (The New York Times). Shortly after the assassination of The Reverend Dr. Martin Luther King, Jr., Mitchell was inspired to start a school that would offer children — especially those in Harlem, the community in which he was born — the opportunity to learn about dance and the allied arts. Now in its sixth decade, Dance Theatre of Harlem has grown into a multi-cultural dance institution with an extraordinary legacy of providing opportunities for creative expression and artistic excellence that continues to set standards in the performing arts. Dance Theatre of Harlem has achieved unprecedented success, bringing innovative and bold new forms of artistic expression to audiences in New York City, across the country and around the world.

The Charleston Gaillard Center’s Education & Community Program is pleased to announce student and teacher tickets are available for this performance. Limited availability. Limited to two tickets per person with valid student/teacher ID.

Tickets available in advance: Tickets are $20 (plus applicable fees) for green seats on seatmap. Ticket purchasers must pick up their tickets at Will Call the night of the performance.

Intermediate & Advanced (For those 12 years of age or older). This event will be held at the Dance Conservatory of Charleston on Ashley Hall Road.

President and CEO of the Charleston Gaillard Center and the International African American Museum in conversation with the Artistic and Executive Directors of the Dance Theater of Harlem about the process of commissioning new work and the role of the arts in telling significant stories and starting conversation.

Dr. Tonya M. Matthews is President and CEO of the International African American Museum (IAAM) located in Charleston, SC at the historically sacred site of Gadsden’s Wharf, one of our nation’s most prolific former slave ports.  As a champion of authentic, empathetic storytelling of American history, IAAM is one of the nation’s newest platforms for the disruption of institutionalized racism as America continues the walk toward “a more perfect union.”

A thought-leader in inclusive frameworks, social entrepreneurship, and education, Matthews has written articles and book chapters across these varied subjects. She is founder of The STEMinista Project, a movement to engage girls in their future with STEM careers. Matthews is also a poet and is included in 100 Best African American Poems (2010) edited by Nikki Giovanni. Matthews received her Ph.D. in biomedical engineering from Johns Hopkins University and her B.S.E. in engineering from Duke University, alongside a certificate in African/African American Studies.

Founding member and former principal dancer, Virginia Johnson, was appointed Artistic Director of Dance Theatre of Harlem by Arthur Mitchell in 2010. Born in Washington, DC, she graduated from the Academy of the Washington School of Ballet and briefly attended New York University as a University Scholar before joining DTH in 1969.Universally recognized as one of the great ballerinas of her generation she was cast in classical, neoclassical and contemporary works but is perhaps best known for her performances in the ballets Giselle, A Streetcar Named Desire, and Fall River Legend, each of which were videotaped for broadcast. While still performing, Johnson ventured into choreography but her interest in journalism led her to Fordham University where she is pursuing a degree in communications. After retiring from performing, an Independent Artist Grant from The Field led to an exploration of arts presenting. At the School of Visual Arts Johnson studied serigraphy, film making and television production before the opportunity to create POINTE magazine presented itself. She was founding editor-in-chief of that magazine from 2000-2009. Her honors include a Young Achiever Award from the National Council of Women, Outstanding Young Woman of America, the Dance Magazine Award, a Pen and Brush Achievement Award, the Washington Performing Arts Society’s 2008-2009 Pola Nirenska Lifetime Achievement Award, the 2009 Martha Hill Fund Mid-Career Award and honorary doctorates from Cornish College of the Arts, Swarthmore and Juilliard. She is an honorary member of Alpha Kappa Alpha Sorority and The Society, Inc. In February2016 she was honored by First Lady Michelle Obama at the White house for her contribution to the field of dance. In 2018 Johnson held the Brackett Visiting Artist Chair at the University of Oklahoma and is the recipient of the Mary Day Award from the Washington Ballet and the 2019 CORPS de Ballet International Lifetime Achievement Award. In 2020 she was presented with a medal of honor from the Actor’s Fund. She serves on the Advisory Board of The Center for Ballet and the Arts at NYU, and Dance NYC and serves on the Board of Works & Process.

Anna has been involved in the performing arts as both an artist and arts administrator for over twenty years. She produced Carmen de Lavallade’s solo show, As I Remember It, an intimate portrait of this legendary artist. Anna previously served as the Managing Director of 651 ARTS, a presenting/producing arts organization dedicated to celebrating contemporary performing arts of the African Diaspora. While at 651 ARTS, she co-produced numerous projects, including the highly regarded national tour of FLY: Five First Ladies of Dance.

Anna has served as a consultant providing strategic planning and fundraising guidance to various non-profit arts organizations, including Urban Bush Women and the Weeksville Heritage Center. She currently serves on the board of the Association of Performing Arts Presenters. She has served as a Hub Site for the New England Foundation for the Arts’ National Dance Project grant program. After receiving her Juris Doctor from the University of Dayton School of Law, Anna became the Artist Representative for the Dayton Contemporary Dance Company, a company she performed with for three years (DCDC2). She is a licensed attorney in the State of New York and lives in Harlem with her husband and daughter.

Lissa Frenkel is President & CEO of the Charleston Gaillard Center. Previously, Frenkel served as managing director of the Park Avenue Armory, a premier cultural institution producing and commissioning unconventional works in the performing and visual arts in Manhattan. During her tenure with the Armory, she was instrumental in building its operating budget from $6 million to $27 million and in leading the $165 million in capital redevelopment projects that invested in the adaptive reuse and restoration of the building. 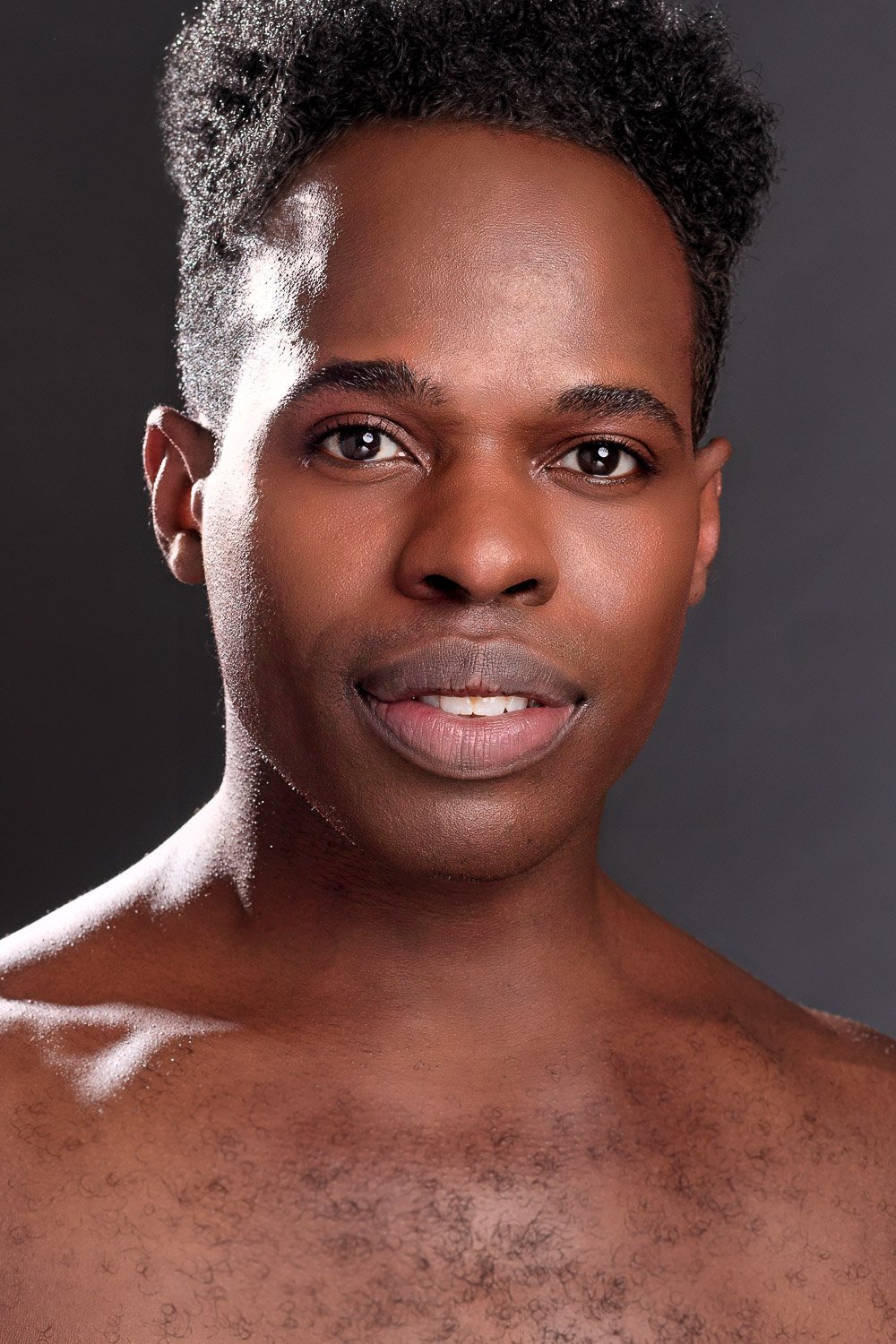 Class will be taught by Christopher Charles McDaniel.

Commissioned by New York City Center for the 2018 Fall For Dance festival, Balamouk, set to the intoxicating sounds and rhythms of klezmer music, tells the story of a group of colorful individuals on a journey of hope. Fueled by a mesmerizing range of vibrant movement, Balamouk transports audiences to a realm of magical realism.

Passage offers a moving reflection on the fortitude of the human spirit, created in recognition of the 400th anniversary of the arrival of enslaved Africans to Virginia in 1619.

Hazel Scott Ballet and Passage are projects of Women Who Move Us, an initiative conceived by DTH Artistic Director Virginia Johnson and launched by Dance Theatre of Harlem in 2015.  WWMU provides a platform for developing and advancing classical dance by female choreographers, particularly women of color.

About Sounds of Hazel

Marking the centennial of her birth, this new ballet for Dance Theatre of Harlem celebrates the life of jazz pianist and popular entertainer Hazel Scott.  Despite her rise to international prominence as a top recording artist, star of stage and screen, and civil rights activist, Scott lacks the name recognition of other iconic performers of her era.  This new commission serves to shine a spotlight on this important African-American figure and her trailblazing journey.  Visit the Library of Congress’ digital archives to learn more about Ms. Scott and her contributions to American culture and the fight for social justice.

This work is made possible by the New England Foundation for the Arts’ National Dance Project, with lead funding from the Doris Duke Charitable Foundation and The Andrew W. Mellon Foundation.

About Dance Theatre of Harlem

About the Company
Now a singular presence in the ballet world, the Dance Theatre of Harlem Company tours nationally and internationally, presenting a powerful vision for ballet in the 21st century. The 18-member, multi-ethnic company performs a forward-thinking repertoire that includes treasured classics, neoclassical works by George Balanchine and resident choreographer Robert Garland, as well as innovative contemporary works that use the language of ballet to celebrate Arthur Mitchell’s belief that belongs to everyone. Through performances, community engagement and arts education, the Company carries forward Dance Theatre of Harlem’s message of empowerment through the arts for all.