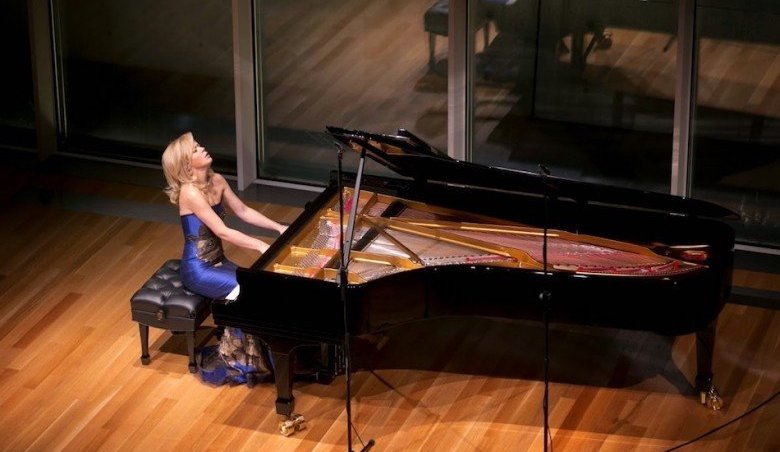 Pyotr Ilyich Tchaikovsky
Concerto No. 1 in B-flat minor for piano and orchestra, Op. 23

Simon is the Composer-in-Residence for the John F. Kennedy Center for the Performing Arts and boasts an impressive resumé of chamber music, vocal, orchestral, and solo works. Fate Now Conquers was commissioned by the Philadelphia Orchestra for their series celebrating Beethoven’s 250th birthday, which featured living composers’ pieces written in response to Beethoven’s symphonies 4, 7, and 8. Simon’s specifically speaks to the second movement of the Seventh Symphony, and it has been performed by the Boston Symphony Orchestra and the New York Philharmonic, among others.

Undoubtedly one of the most famous and well-loved works in the piano (and perhaps all orchestral) repertoire, Tchaikovsky’s First Piano Concerto captivates listeners from its iconic opening notes and continues to mesmerize all the way through its thrilling closure. Kern, a past winner of the Gold Medal at the Van Cliburn International Piano Competition, has made a name for herself as one of the greatest artists of her generation. In a piece filled with such prowess from the soloist and passion from the orchestra, it will be a performance you shouldn’t miss!

Prokofiev’s Alexander Nevsky was composed for the 1938 Sergei Eisenstein film of the same name. Prokofiev transformed music from the movie score into a cantata for the concert hall with seven action-filled sections to tell the story of Nevsky—a 13th century prince in the ancient Russian city of Novgorod battling an invading army—with full orchestra, chorus, and mezzo-soprano. In a particularly memorable scene “The Battle on the Ice,” Prokofiev brilliantly conveys the conflict with the music and voices exploring highs and lows, and conjuring triumph and defeat.

Conductor Sarah Hicks is well-known for her crossover collaborations and versatile musicianship, making her a high-demand guest conductor internationally. She is Principal Conductor of Live at Orchestra Hall for the Minnesota Orchestra, and Staff Conductor at the Curtis Institute of Music. As a specialist in film music, Hicks will no doubt bring a zeal to the performance as she leads the orchestra.