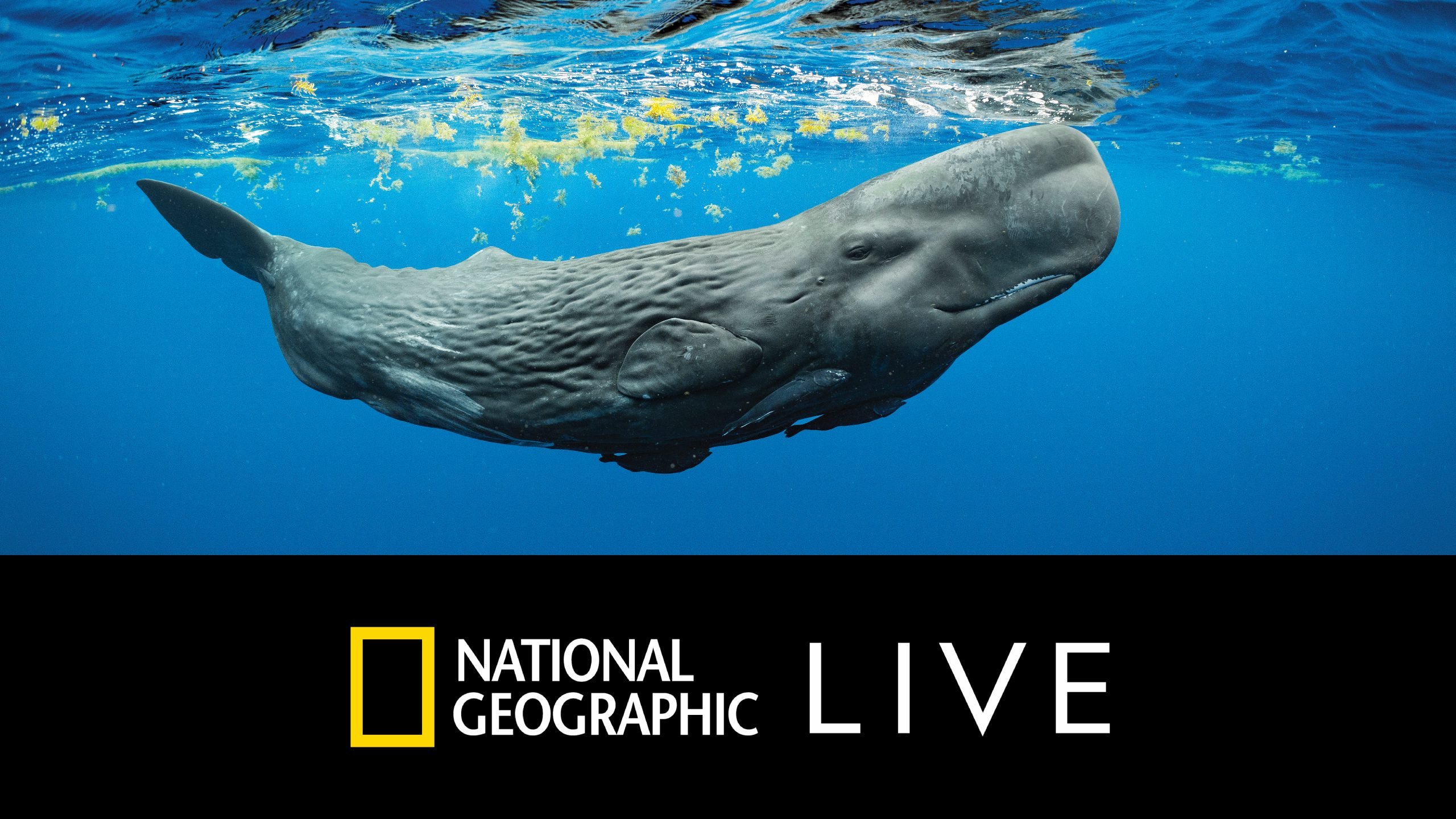 Join us at the Charleston Gaillard Center to hear underwater photographer, Brian Skerry, speak live, in-person about his awe-inspiring work!

Dive deep into the groundbreaking science of whale families – and their startlingly human parallels – through the awe-inspiring work of celebrated National Geographic underwater photographer Brian Skerry. Discover the extraordinary communication skills and intricate social structures among four different species of whales – from the international cuisines of orcas to families of beluga whales playing at their “summer resort” – and learn what these majestic creatures can teach us about ourselves and our planet.

Please note: by purchasing a ticket to this event, you agree to share your contact information with the South Carolina Aquarium.

For National Geographic magazine, Skerry has covered a wide range of stories, from the harp seal’s struggle to survive in frozen waters to the alarming decrease in the world’s fisheries to dolphin intelligence—all cover stories. A fourth cover story in February 2017 focused on protecting special underwater ecosystems in U.S. waters, and during this coverage Skerry produced the first images of a sitting U.S. President underwater.

Skerry has also worked on assignment for or had images featured in magazines such as Sports Illustrated, The New York Times, The Washington Post, Paris Match, Esquire, and Audubon. Skerry is the author of 12 books, including the acclaimed monographs Ocean Soul, SHARK, and the newly released Secrets of the Whales.

He has had numerous solo photographer exhibits, including Portraits of Planet Ocean, a two-year exhibit at the Smithsonian National Museum of Natural History in Washington, D.C. Other exhibits of his work have been held in cities worldwide, including Geneva, Barcelona, Lisbon, Shanghai, and Perpignan, France.

Skerry frequently lectures on photography, exploration, and conservation issues, having presented at venues such as The United Nations General Assembly, The World Economic Forum in Davos, Switzerland, TED Talks, The National Press Club in Washington, DC, The Royal Geographical Society in London, and the Sydney Opera House in Australia.

Photos above by Brian Skerry.

Presented in Part by Our Sponsor

Tickets available in advance: Tickets are $15 (plus applicable fees). Green seats on seating map. Ticket purchasers must pick up their tickets at Will Call the night of the performance. NOTE: Please make sure to select Student/Teacher when purchasing tickets to receive your discount.

South Carolina Aquarium Panel | The Tale of the Right Whale: Gentle Giants off the Carolina Coast

Did you know our coastal waters are calving grounds for the critically endangered North Atlantic right whale? Join a panel of Southeastern whale experts to get a glimpse into the life of these gentle giants. Discover how coastal monitoring helps right whales get the right-of-way as they migrate through busy waters, and learn more about right whale stranding and rescue.

Doors open at 6 p.m. and the event will begin promptly at 6:30 p.m. at the South Carolina Aquarium. This event is 21+. Converse with local scientists as you enjoy light bites, beer and wine. Please bring your own reusable water bottle.

*The Tale of the Right Whale is a tie-in panel to The Charleston Gaillard Center Presents National Geographic Live: Secrets of the Whales with Underwater Photographer, Brian Skerry. It does not include a ticket to Brian Skerry’s talk.