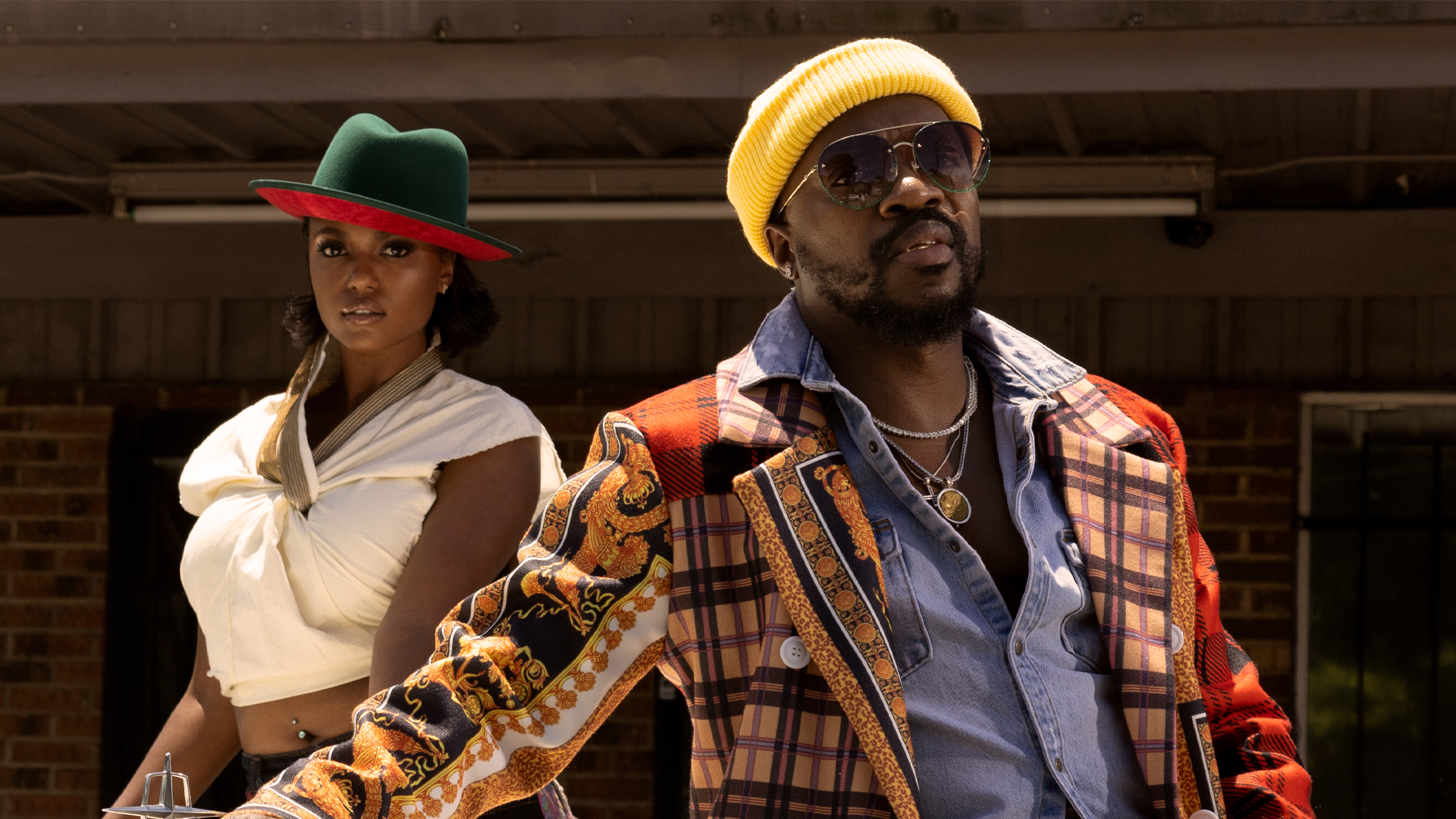 R&B places you in a moment. You not only hear it, but you also see it, touch it, and feel it. It may very well be the most vivid vehicle for storytelling outside of the silver screen.

Every time Anthony Hamilton gets behind a microphone, he sings a story—never sparing his passion, pain, loss, love, and everything in between. The GRAMMY® Award-winning multiplatinum singer, songwriter, producer, actor, author, and icon proudly maintains the traditions of timeless R&B through everything he does with his own swagger, spirit, and soul.

This especially holds true on his tenth full-length offering, first album in five years, and flagship release for My Music Box and BMG, Love Is The New Black.

“R&B is the foundation for so much music, man,” he exclaims. “That underlying storytelling is the gritty fabric of life woven in all of us. It’s always been important to me. My favorite songs paint a picture. They live longer in a deeper place. In my songs, I create these moments. Maybe listeners can recreate their own memories in a way, so they can feel good. R&B does that. It’s still alive; it’s never going anywhere.”

He continually proves that. Throughout an illustrious near three-decade career, he has sold over 50 million albums worldwide to date, he took home a 2009 GRAMMY® Award in the category of “Best Traditional R&B Performance,” and hedelivered a momentous concert for President Barack Obama and First Lady Michelle, living up to the title of “narrator of love” in historic fashion. In addition to nine classic albums and smashes such as “Charlene,” he remains the rare talent who can collaborate with everyone from Al Green, Buddy Guy, and Santana to 2Pac, Rick Ross, DJ Khaled, and Mark Ronson. His voice can also be heard on “Freedom” from the Academy® Award-nominated blockbuster Django Unchained by Quentin Tarantino. An accomplished actor, he made his film debut in the critically acclaimed American Gangster and recently starred as Kyle Kirby in the BET+ feature, Carl Weber’s Influence. He’s featured as the subject of the NPR documentary series Noteworthy. He also self-published Cornbread, Fish ‘n Collared Greens, which details the stories behind some of his most recognizable tunes and explores another passion: southern food.

However, 2020 marked a major first as he took full ownership of his music, launched My Music Box as its home, and initiated a distribution deal with BMG.

“Well, it was time,” he smiles. “I paid my dues. I’ve been signed to a major label since 1993. There’s no better way to create a legacy than to own your work, take it, invest in it, and grow it. I’m focused on running my business and bringing my music to the right people. We’re all excited to build something together. My Music Box is everything I believe to be special. The best is yet to come though. Believe me, we’re coming with it.”

He came with it hard. Over the course of a year, Hamilton carefully assembled Love Is The New Black. Given the climate of post-George Floyd America, he instinctively followed an impulse to make a “politically-leaning project.”

However, as always, he broadened the spectrum to illuminate the power of love in a way that the world has never seen, heard, or felt before.

“I wanted to do something different,” he explains. “Love Is The New Black is exactly how I felt. I didn’t want to detach from what we’ve been going through over the past year, but I did want to go into a new era with a different mindset expecting greatness, love, and peace and, ultimately, reaching a better place together. I wanted this album to feel like what was missing throughout the pandemic. This is the restoration. We’re making this thing called life, sexy, beautiful and powerful again.”

Speaking of, he first set the stage for this moment with “You Made A Fool Of Me.” Not only did it rack up millions of streams, but it also garnered praise from Soul Bounce, The House That Soul Built, The Musical Hype, and Rolling Stone who described it as a “pour-salt-in-the wound ballad.” On its heels, the single and title track “Love Is The New Black” rides a simmering drumbeat towards a hypnotic hook, “I know where I’m going. You know where it’s at. One thing that’s for sure. Love is the new black.”

It’s just one shade of the album though. Among these 14 anthems, Anthony welcomes everyone from Academy® Award winner Jennifer Hudson(“Superstar) to rap titan Rick Ross (“Real Love”) and the god of Crunk Lil’ Jon (“I’m Ready”) to join him. Additionally, he delivers one of his most irresistible performances on “White Henessy,” leaving listeners drunk on vibes.

Bringing everything full circle, he closes out the record with “Mama Don’t Cry,” serving as a tearful homage to George Floyd. “If you don’t go to church, it’s right here in that song,” he states.

“When you listen to Love Is The New Black, I want you to know real music never dies; it’s never gone anywhere,” he adds. “The soul of music that came before of us and set the tone is here. It’s relevant. It’s breathing. It’s living. You deserve classics, and this is my gift to you.”

Through performances and this new music, he reaffirms the power of R&B and its progression.

“The record is a different energy for me,” he admits. “I want my fans to feel like they’re at home, but I still want to push them out of their comfort zones and sonically challenge them to grow with me.”

Through the album, the book, performances, and his forthcoming hat line House of Fedora, Anthony Hamilton continues one of the greatest stories in R&B history.

“I am a father who does music,” he leaves off. “That’s it. I’m well-traveled and hungry for growth. I’m a leader. I’m a man of God. I’ll be around for a long time. When you hear me, I hope you go, ‘That’s the Anthony Hamilton I love. He ain’t lost it yet. He probably never will. Damn, that man can sing!”