Warning: count(): Parameter must be an array or an object that implements Countable in /home/customer/www/gaillardcenter.org/public_html/wp-content/themes/gaillard/templates/lightbox-features.php on line 13
HomeRock of Ages 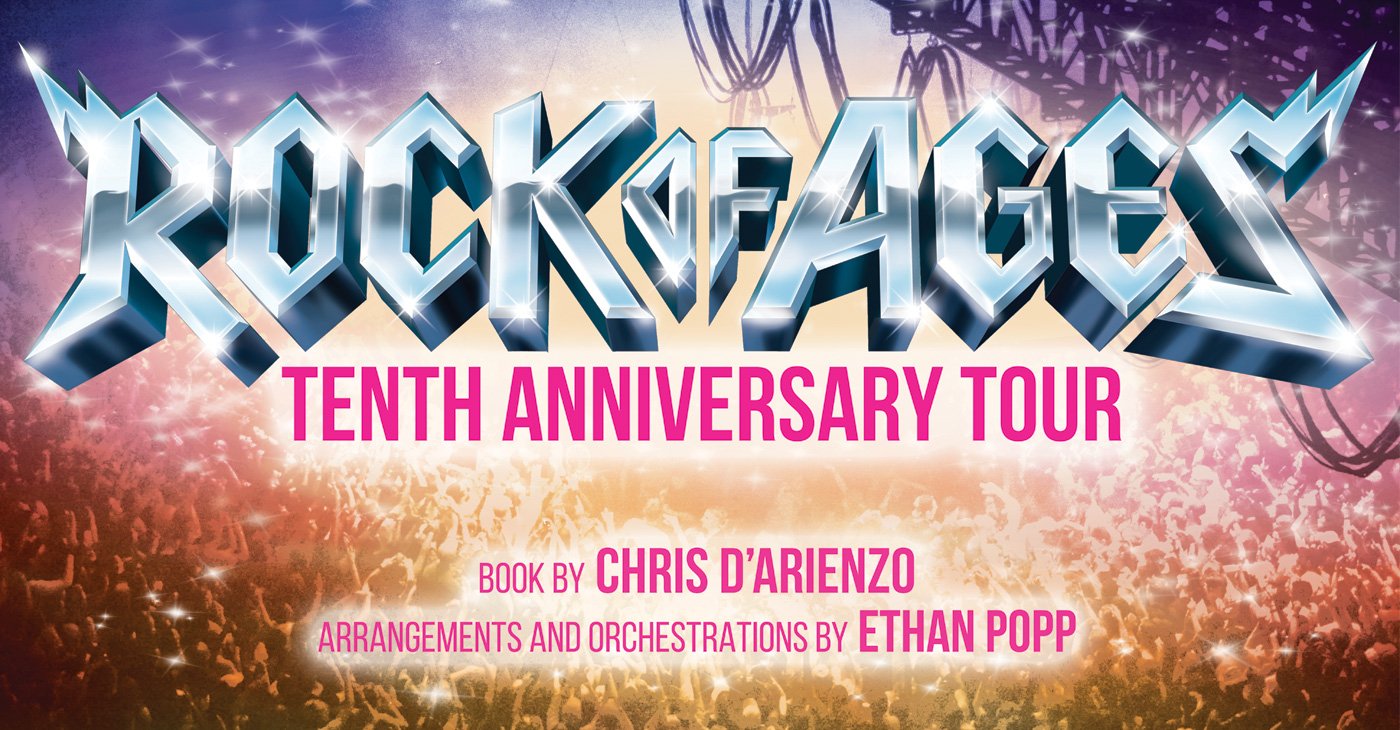 Broadway’s Best Party is turning up the volume to ten! The ROCK OF AGES Tenth Anniversary Tour is blazing across North America!

Nominated for five Tony Awards®, including Best Musical, ROCK OF AGES captures the iconic era that was the big bad 1980s Hollywood. Know What Love Is, Feel the Noise, and Take Your Best Shot at one of the Sunset Strip’s last epic venues, a place where the legendary Stacee Jaxx returns to the stage and rock-n-roll dreamers line up to turn their fantasies into reality.

Featuring the music of hit bands such as Styx, Poison, Twisted Sister, and Whitesnake among many others, this Tenth Anniversary production features a dynamic new cast revisiting the larger than life characters and exhilarating story that turned ROCK OF AGES into a global phenomenon.

This is one for the ages that will have you singing “Here I Go Again.”
Not recommended for young audiences.

This performance is part of the charleston gaillard center’s director and broadway series.

Choose your series below!

Charleston and the New World

Charleston and the New World